A Standing Ovation for Posada? 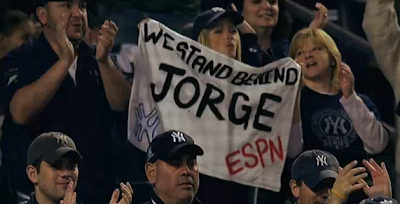 I understand all of that. I'm the guy who won't boo Manny Ramirez.

But a standing ovation?
The night after he quit on the team?

Saying "Hey! We're OK with how you acted!" is kind of crazy, am I right?

I wonder how many of these fans booed A-Rod because he yelled "Ha!" in Toronto or something petty like that.

The most telling thing about the whole fiasco?
While Posada was getting the standing ovation a day after quitting on the team, ESPN flashed this title. 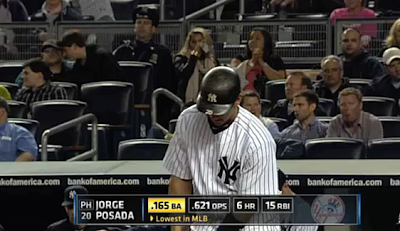 You notice that?
The lowest batting average of any regular in baseball.

Gee Whiz, when you are essentially the worst hitter of 2011 I wonder why you are hitting 9th!