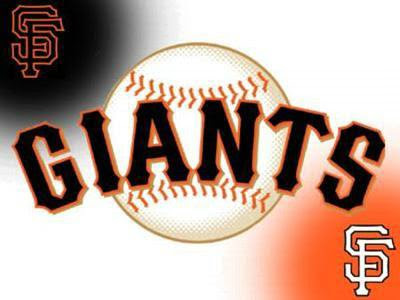 Not for the series in Colorado. That was no good.
But good job participating in the It Gets Better Project.

Homophobia and Misogyny is such a part of the sports world that it is almost expected and part of the language. And do you know what? It's time for it to stop.

Bigotry is bigotry. And there used to be terms and insults that were flung around generations ago that we no longer use because our ears have detected that they were offensive, degrading and beneath us.

The Giants, the World Champions, stepping forward and doing something with the It Gets Better Project is another sign that maybe we are improving as people. The sports world needs to come to grips with the idea that hate and bigotry should not be tolerated in any way.

Chances are many All Stars are gay right now.
Chances are there are homosexuals enshrined in Cooperstown.

Some day a star player will come out.

And that player is going to go through a ton of abuse from bigots hiding behind tradition and superstition.

And that player will put up big numbers and the fans of that team will say "Man it doesn't matter to me that he is gay. All that I care about is that my team is winning."

We know the late Glenn Burke was gay.

Chances are life in the big leagues would have been a lot easier if he could simply be honest about who he was.

It will happen. Maybe not this generation of ballplayers but maybe the next.

And in the generation after that, people will look at homophobia with incredulity asking "What exactly was the issue?"

That's how societies get better. Each generation should try to make the world better than the previous one. And then the next generations can stand on the shoulders of their predecessors rather than clean up their mess.

If you want to hate a player unconditionally, hate their team! Hate the pinstripes or the birds on the bat or the red socks or the Dodger blue.

Don't hate them based on their race, creed, religion, country of origin or sexual orientation.
There are so many other more creative reasons to boo someone.

And one main reason to cheer someone: They helped your team win.

So good work Giants.
Each little step is important.

It does indeed get better.