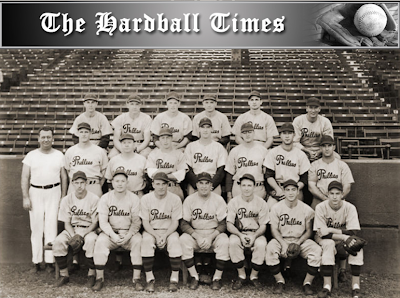 I often wondered why the historically superior Athletics left the city of Philadelphia to the hapless Phillies. Why did the team that gave us Jimmie Foxx and Rube Waddell and Connie Mack leave while the dreadful Phils stuck around.

My research on that question lead me to my latest for The Hardball Times. I stumbled across the beginning of the Phillies rise. For one strange season a young man named William D. Cox owned the Phillies. By the end of the year he was suspended for life, but set in motion the chain of events that kept the Phillies in town.