Never has a .244 average seemed so fierce! 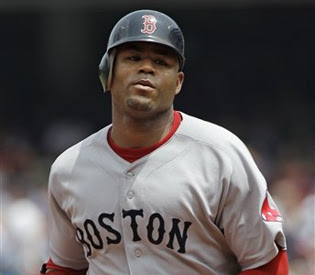 Carl Crawford entered today’s game with the Tigers batting .229 and still being mentioned as one of the biggest busts of the year.

Now after back to back 4 hit games, the OPS has soared about .600 and he is getting closer to being the hitter everyone thought the Sox were getting.

And oh yeah, have you noticed that since his bat has woken up, the Red Sox have been winning… a LOT?

In fact as I type this, the Red Sox are in a virtual tie for first place with the Yankees, 2 percentage points behind them and 1 game back in the loss column.

A lot has to do with MISTER TWO FORTY FOUR!