Blue Jay fans... why not bring back Cito?

First of all, I tip my hat to the Blue Jays organization for dumping Armando Benitez in less than a month.

After he let up two home runs in 2/3 of an inning for a crushing loss against Baltimore on June 6, the Jays basically said "OK, everything we read was true. I guess the fan bases of the Orioles, Mets and Giants weren't 100% wrong about this guy."

It took the Giants 3 years to dump him. The Jays didn't need that long.

The funny thing is I wanted to put a picture of him in a Blue Jays uniform on the blog... and I couldn't find one on the web.

But their correct handling of Benitez doesn't mask the fact that the Blue Jays are blowing a big opportunity this year. What has everyone been saying about the Jays over the last few years?

"They'd be a contender if they were in a different division." Basically saying the Red Sox/Yankees cold war has prevented more October games being played north of the border.

Well look at this year. The Yankees have been hovering around the .500 mark, and while a lot of people including yours truly think they will go on a run, there is a possibility with the thin rotation and question marks in the bullpen and no Torre on the bench that the Yankees won't.

So an AL East team that is usually an after thought has a shot to be a playoff contender. And you'd think that team would be Toronto instead of the post Exorcism Rays.

The Blue Jays have the pitching to win but they can't seem to get out of their own way. They lost series recently to Seattle (inexcusable) and the Yankees and Orioles, whom they should be trying to move past.


Which brings us to the manager John Gibbons.
First of all, why is he still the manager?

Once you pick fights with your own players and don't turn those fights into wins, shouldn't you be canned?
Or caned?

But worse than battling with Dave Bush, Shea Hillenbrand, Ted Lilly and I'm guessing Frank Thomas... his team could be blowing a chance to take advantage of a crack in the AL East armor.

Yeah they've had injuries, but so has every team. And any team that has a rotation of Halladay, Marcum, McGowan, Burnett and Litsch should be winning more than 1 out of every 2 games.

How many teams say "Hey we HAVE enough starting pitching?"

The Blue Jays need a spark. This is Gibbons fifth season as manager. Maybe give the keys to someone else.

And why not have that person be Cito Gaston?

Seriously... bring back the manager of the greatest glory era of Toronto baseball!

Heck when Cito first managed the team, he took over an incredibly talented but underachieving Jays team that was 12-24. Jimy (sic) Williams wasn't getting it done.

They went 77-49 the rest of the way to edge the Orioles for the AL East. He lost the AL East on the last day of the 1990 season to Boston and then rattled off 3 straight division titles.

Then he became an interesting answer to a trivia question:
Who was the first manager of back to back World Champions in the Free Agency era?

Remember the Yankees won back to back in 1977 and 1978, but Bob Lemon had replaced Billy Martin.

The 1980s had only a handful of back to back division winners and repeating as champs seemed like a thing of the past.

Sure they replaced some with big names (Dave Stewart and Paul Molitor signed on and Tony Fernandez and Rickey Henderson were brought in as mid season trades) but they had to fill in other holes from within.

And Jack Morris was hurt and useless in 1993.

The result? A World Series title courtesy of Joe Carter. 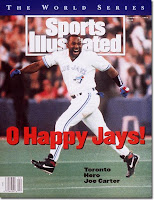 Now he never had another winning season and the Jays took a while to recover after the strike and he was fired during the 1997 season.

And he hasn't managed since.
To this day only two managers have won back to back World Series titles in the Free Agency era...
Joe Torre and Cito Gaston.

One is going to the Hall of Fame and the other can't get a job.
He evidently has been up for a couple, but why isn't his name the first on people's lips?

All the managers he beat in the post season got jobs!
Tony LaRussa, Gene Lamont... even Jim Fregosi!

Don't tell me he's been gone from the game too long.
Jim Leyland left the game bitterly after the 1998 season and didn't come back until leading the Tigers to the 2006 World Series.

Cito has as many World Series rings as those guys combined.

Someone like Terry Collins, who actually had player revolts on two teams, has been mentioned more times than Cito for jobs.

And I am not going to open the racial can of worms.
Don Baylor, who won exactly gotch as a manager, found more work.
And Dusty Baker, the man behind the biggest collapse of a potential World Series clincher in history as the Giants manager followed that up the next year with the 2003 Cubs collapse.

I say bring Cito back now!
Why not?
Maybe he's hungry! (He hasn't worked in 10 seasons, I hope he saved his money.)


What do YOU say, Blue Jays fans? The members of Blue Jays Nation!

Superfan... do you want Cito back?

Hey everyone at American Jays Fan... Is there something I don't know about him that is preventing him from getting another job?

Hey Matt and KP at Jays Nest, do you think Gibbons should be gone?

Do the folks at The Mockingbird think this year is a unique opportunity?

Let's hear from you Jays fans!
I don't want to cause an international incident 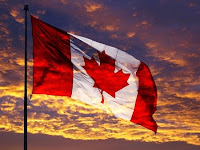