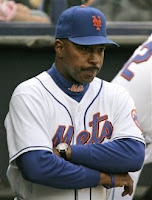 Hey Mets ownership! Was this your plan? Have Willie Randolph fly 3,000 miles to Anaheim (sorry Angels, that's where you play) win a game and then fire him in the middle of the night?

And you fire him late at night... so it doesn't hit the front page of the morning edition. Obviously that's the motivation. Why else would they wait until last night? What they were so upset by the Mets 9-6 win that they decided to make an impulse firing?

And the fact that Willie became the scapegoat for this team is amazing. It was Willie's fault that the team resembles an old timers team and the minor league cupboard was so bare that they need to unearth Trot Nixon?

And they replace him with Jerry Manuel? A guy with an identical demeanor and as Willie's bench coach was giving strategy advice to him.

Let's fire the manager but keep the guy who was advising him.

Looking back to 2006 when they were an extra base hit from the World Series... if Carlos Beltran swings the bat, Willie would still have a job.

Well at least people riding on the subways to work won't be reading about it. 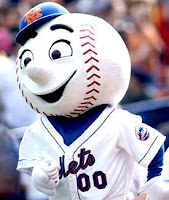