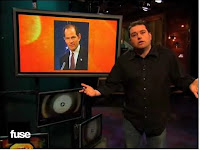 Chris DeLuca, the writer of What Sucks which is possibly the funniest blog on the internet, is at it again. And, like John McCain, is wrong for America.

Earlier he tried to get under my skin by saying Curt Schilling was an a -hole.
I had to set him straight.

His response, true to form of post 2004 Yankee fans, is emotional and irrational.

"spoken like a true Sox fan! The goodwill of the Lester no-hitter is officially ended!

Screw you buddy- Joba will be this team's ace- he's an exciting pitcher with 4 pitches, (mo only had 2, really one)."

Now as he rescinds his good will towards a cancer survivor, he also makes three curious statements.


Nobody can debate #3.
He is a dynamic talent with great potential. We already know he is a terrific reliever and solves a major problem for the Yankees. Moving him to the rotation simply shifts a problem from the early innings to the late innings.

And if they knew they were going to make him a starter, why not have him lengthen his innings during SPRING TRAINING???


Point #2 is debatable.
Remember, Hughes was supposed to be the ace of the team. And before he got his fake
injury he was bombing. Same with Kennedy.

Now young pitchers tend to have growing pains when they join the rotation. But what happens if Joba becomes one of those pitchers? Suddenly they have a struggling starter and Farnsworth pitching the 8th?

I ask YOU, Chris DeLuca... what then?

Now point #1... I am actually analyzing this NOT as a fan of the defending Champs but as a baseball fan. It's mindboggling that a team that built an actual dynasty in the free agent era based not on big budget free agents but on pitching depth would forget where they came from.

The argument about what was more important in the 1998-2000 titles... the starting depth or the bullpen depth... the answer is "Yes."

The best ace in that stretch was Pedro and the Yankees lost to Pedro... and won the other 4 games in 1999

So having Pettite, Cone, El Duque, Wells, Clemens etc didn't result in any Cy Youngs, but it meant they had a good pitcher throwing every night while the Rangers threw Rick Helling and Aaron Sele, the Red Sox threw Kent Mercker and Bret Saberhagen and the Indians threw the 14th caller. 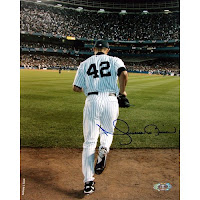 Over 14 playoff series the bullpen blew a grand total of zero leads.

You needed a solid pitcher to start the game and you need to make sure the late innings are secure.

Without the bullpen depth... when the Mendoza/Nelson/Stanton team was broken up, guess what happened?

Without the rotation depth, you have Kevin Brown pitching game 7, the artist formerly known as Randy Johnson and Ching Mein Wang's horrific 2007 playoffs.

So I say this not as a smug Defending World Champion Boston Red Sox fan... but as someone analyzing the game.

But, dear Chris DeLuca, if you want to sacrifice the bullpen for 2008... BY ALL MEANS!

But I will not let you besmirch my character