I think Ozzie Guillen knows what he is doing 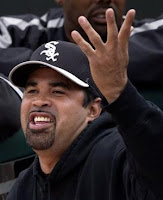 If you read about all the turmoil with the Chicago White Sox, you'd assume they were floundering this year.

Instead, after sweeping the Twins this weekend, the White Sox have a 5 1/2 game lead (6 in the loss column) which is the biggest lead of any first place team in baseball. They are the only team above .500 in the AL Central and with the Tigers and Indians unable to get out of their own way, it could be a great year on the South Side.

All the controversy started by Ozzie calling out hitting coach Greg Walker did was spark a six game winning streak where the bats were explosive.

Ozzie knows what he is doing folks.
It blows my mind that he has people who don't believe in him in Chicago.

He's the only manager of either Chicago team to win a World Series title since the Woodrow Wilson administration.
And remind me which player on that 2005 playoff roster was a Hall of Famer?
Which was a consistent MVP candidate?
Which one took home the Cy Young?

Nope... he took a team that was greater than the sum of its parts and became the second team to go through a 3 round post season with only one loss.

The other one was the 1999 Yankees, led by Torre and with Jeter, Rivera, Clemens and company.

Ozzie Guillen should be cherished!
Managers all look and sound the same now with the safe sound bites and constantly looking up at the GM for approval. I defy anyone to tell me the difference between the A's last three managers... Art Howe/Ken Macha/Bob Geren.

White Sox fans are lucky! They have a throwback manager.

They have a tantrum throwing, toss the book out and play with instinct, colorful and sometimes putting his foot in his mouth skipper who is getting his team to win.

When I was growing up there were managers like Tommy Lasorda, Billy Martin and Earl Weaver who could fit that bill.

Let's appreciate Ozzie for what he is... a lunatic who gets wins out of his team. 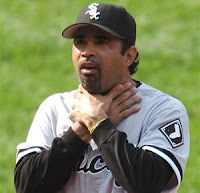