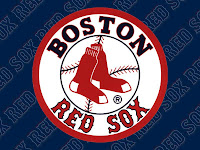 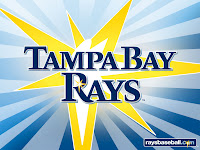 OK, raise your hand if you thought that on June 3rd, the Tampa Bay Rays would be in a first place showdown with the Red Sox.

OK, those with your hands up, keep them up if you thought the Red Sox would be the ones chasing the Rays and would have to sweep them in order to take over first place by the second weekend of June.

Anyone who raised their hand for those questions is an F---ing liar!

The feel good story of baseball doesn't feel so good when it is your team that is doing the chasing.

I am EXCITED about the Rays series... and not because I am expecting 3 easy wins but because it should be some good baseball. The Rays hit late homers, they have terrific starting pitching and Evan Longoria's is still hilarious.

It's the David and Goliath story and I'm rooting for Goliath.
It's the heart warming story where I want the mean rich man to crush the good willed
underdog.

I am rooting for Mr. Potter to crush George Bailey.

My God... do you know what this could be?
A RIVALRY!

Don't laugh. There's already bad blood between these franchises with all the bean ball wars and the Red Sox smacking Tampa around over the years.

But this could be a terrific rivalry this year. I know, I know. The Red Sox only rivals are the Yankees.

But there are times a smaller rivalry can break out.
In the 1980s and 1990s, the Red Sox and the Blue Jays had a solid rivalry.

In the 1990s the Red Sox and Indians had no love lost and they played in 3 post
season series in 5 years.

So it is possible to have a subrivalry

And why not the Rays?

And with Papi hurt and the Rays riding high on some dramatic wins, it should be a more evenly matched series than expected.

Hell the Red Sox have the younger and less experienced pitcher in Masterson against the relatively more experienced Matt Garza.

I for one am one pumped up Red Sox fan saying BRING IT RAYS!

But does anyone in Tampa Bay care?

For the first time in your teams history you are going into June with a winning record...
hell you are the best team in the AL. You can stick it to the big bad defending champs who have treated your team with less dignity than a pinata.

I want to hear more than just Pat and Christin cheering.


I'm looking at YOU Tommy Rancel


I need the DRays Bay blog and Rays Home Plate to be buzzing tonight.

This is the time that Marc Topkin, Joe Smith and everyone at the St Pete Times has
been waiting for at the heater.


You want your fan base to not be considered a joke?
Then show up... cheer... and talk a little smack.

Start with this Red Sox fan.
GIVE IT TO ME!

The Professor at Rays Index gets it


Look at these beautiful shirts. 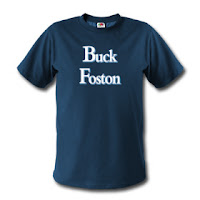 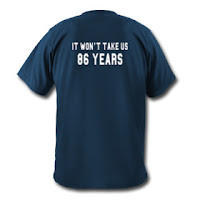 
That's right!
The gauntlet has been thrown down.

I WANT TO SEE A RAYS FAN SHOW UP TO FENWAY IN ONE OF THESE!!!!