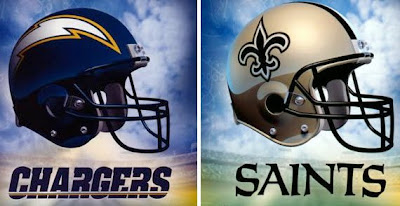 I don't usually write about football on Sully Baseball and there are two very good reasons for this.

First of all, it's Sully BASEBALL not Sully Football or Sully Sports in General.

Secondly, I don't really follow football. It's not that I don't like football. I do. I enjoy a good football game and yesterday's Packers/Cardinals overtime "don't bother playing defense" masterpiece was great to watch.

But I've never followed football so closely that I even know who all of the top players are.

And my loyalty to any NFL team is so fluid that I casually switch allegiances based on not confusing people instead of any passion.

But that being said, the NFL playoffs tend to be exciting and this year with the Patriots and Giants out, I want a team that has NEVER won the Super Bowl to win it.

And specifically I would like to see San Diego play New Orleans.

It isn't because of any love for the players (other than Brees, Tomlinson and Rivers, I can't name a single player on either team... is Natrone Means still playing?) 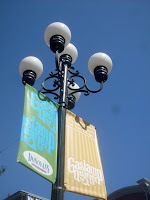 But San Diego has sports futility that is underrated. The Padres have given their fans agita, as I wrote in 2008.

And the Chargers haven't won since 1963. And no, that wasn't a Super Bowl.

That wasn't even an NFL title.

That was an AFL title.

When you think of it, San Diego has been waiting for a title longer than the fans of Cleveland.

The weather is a little better in San Diego. 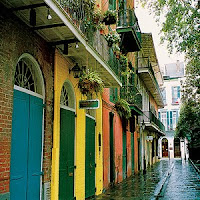 As for the Big Easy... the Saints not only have never even been to a Super Bowl, they never even won a single playoff game until 2000.

And with neither the Jazz nor the Hornets ever able to win an NBA title game in Louisiana, the grand total of New Orleans titles has been zero.

And of course a big celebration for a Super Bowl would probably do a lot for New Orleans' psyche after what we can all safely call a miserable decade.

They have earned a good party.

Then again, I was in New Orleans just 7 months after Katrina hit, and there were no shortage of parties there.

So no, I don't want to see the Cowboys tack on another title.
Nor see Peyton Manning pad his resume.

And yeah it would mean a lot to Minnesota and to Arizona... but the Twins won in the 1990s and the D'Backs won in 2001... so those fan bases should be patient.

Have it be San Diego vs. New Orleans.

And if it isn't... I'll go right back to writing about baseball.