I admit, I am a lenient Hall of Fame voter. I am rough on some (sorry Lee Smith. You were an elite closer but you bombed in the post season… sorry Dale Murphy, you were an MVP and a class act but you didn’t do it long enough.)

But I also like to honor lots of players AND I like to see them voted in on the first ballot.

Writers can vote for as many as 10 and as few as zero.
I guess it is necessary to say as few as zero because no doubt there are writers would love to vote some players OUT of the Hall.

I can never understand how someone can be mad about someone being voted in… but I digress.

I know not all of these players are getting in tomorrow. Chances are only 1 or 2 will. But let’s just say I wouldn’t have a problem with any of these names being announced tomorrow at 10 AM Pacific Time.

ROBERTO ALOMAR… for 11 years he was no doubt about it the best second baseman in the game. And for many of those years he was in the conversation for MVP.

His four Silver Sluggers showed what he could do with the bat.

He had power (just ask Dennis Eckersley in the 1992 ALCS). He had speed (40th All Time in Stolen Bases) and he came up big in the post season. 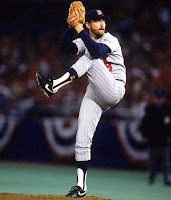 BERT BLYLEVEN… one of the best strikeout pitchers of all time. He did it over the long haul, had post season heroics for two World Series winners and came up 13 wins short of 300 (but I broke that down.) 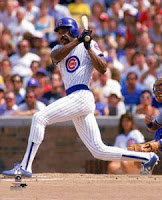 ANDRE DAWSON… A Gold Glover 8 times. An MVP with power and speed and one of the elites in the game for over a decade.

And oh yeah, he did it without having his body suddenly change shape when he turned 35. 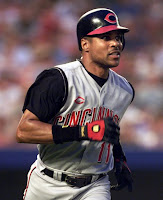 BARRY LARKIN… Like Alomar, he did a little bit of everything for the long haul. He won an MVP, Gold Gloves, Silver Sluggers and a World Series Title.

He began his elite status in the 1980s and carried it through into the new millennium.

And unlike Alomar, he stayed put. The hometown hero was a Red for life.

Won 7 of his first 8 post season decisions and threw possibly the greatest Game 7 in World Series history with his 10 inning shutout masterpiece. Was his ERA higher than you’d want it to be?
Sure.

But he was the #1 starter for three World Series winners and the guy you’d want on the mound in the big game. 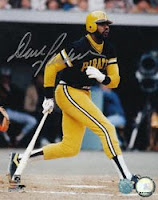 DAVE PARKER… I admit the Cobra’s chances are fading, but I remain a supporter.

He had a stretch in his career where he was no doubt about it the best all around offensive player in the National League.

A batting champ, an OPS leader, an RBI leader, a Gold Glove winner multiple times over, an MVP (with 4 other top 5 finishes). 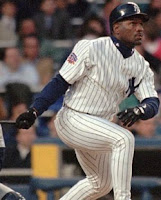 TIM RAINES… Possibly the most underrated player of his era as he played North of the border in his prime.

A batting champ, he was the National League’s answer to Rickey Henderson for many years. He stole 70 bases six straight years, had power and was always among the league leader in on base percentage (what you want from a lead off hitter).

Cleaned up from his drug problems, he became an elder leader on two World Series winners in New York. He deserves it.


I am still mulling over Edgar Martinez… and while I mull I hope he makes it to next year when I can cast a fake ballot then too.