McGwire owes an apology to one more person... 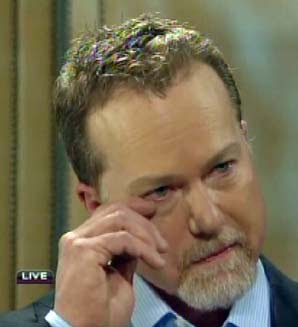 Yesterday's shocking to nobody and pathetically late and half baked confession by Mark McGwire isn't worth any more of our attention after today.

Baseball is right around the corner and yes, it is time to stop talking about the past.

But let's NOT let McGwire off the hook completely.

First of all, I couldn't finish watching the interview yesterday. It was so filled with self pity, lack of responsibility and forehead slapping moments that I couldn't stomach it.

Of all the stupid things he said... I wish steroids never found me... his not being sure if they even worked (THEN WHY TAKE THEM?)... I wish there was better testing (in other words I wish the house had a better lock then I wouldn't have robbed it)...nothing was stupider than "I wish I never played in the steroid era. 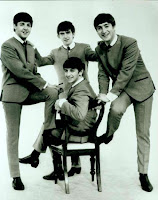 That's like the Beatles saying "I wish we weren't part of the British Invasion."

It began with the Bash Brothers... you and Jose Canseco were using 'roids in the late 1980s... and you stood out!

Most sluggers were lean guys like Andre Dawson and Jim Rice with the occasional Steve Balboni masher with a beer gut.

Then the Bash Brothers appeared in green, looking like a pissed off Bruce Banner and suddenly became the body type of choice.

You were the pioneer... Lewis and Clark never complained "I wish this trail wasn't here."

But Mark McGwire came clean... sort of... and I guess a little bit of the truth is better than none.

He does owe one more apology.

Not to the sluggers whose careers were cut short by injury before him. With a little steroids, maybe Ron Kittle could have been a borderline Hall of Famer.

Not to the kids who idolized him and later emulated him (including his teammate Jason Giambi who did what he did because everyone else in the clubhouse was doing it.)

Not to the Maris family, as Roger is probably more revered than ever now. 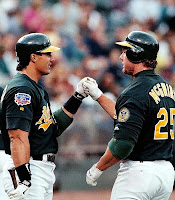 Nope, he owes a BIG apology to Jose Canseco!

Remember how many times he said Canseco was lying?

Remember how when some congressmen asked McGwire about Canseco's claims, McGwire would ask them to "consider the source"?

I defended Canseco as a source nearly three years ago... but how's about a big apology from Big Mac?

How about a little "Hey Jose... sorry I called you a liar all of those years?"

I'm not saying Canseco is above reproach... but he did tell the truth and all of it and he said it before everyone else.

As for McGwire... who cares? He blew his chance to be noble. Now he has to coach hitting for the Cardinals and try NOT to have his advice be "inject this horse hormone into your ass."