A Request from my Cousin Dave 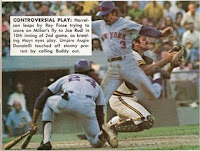 I've mentioned my Cousin Dave before.

He's a huge Mets fan and a loyal reader of this blog.

I bet he is reading this sentence right now.

We were having one of our many e mail exchanges recently and I told him I was watching the 1973 World Series highlight film. (My brother Ted got me the World Series film collection for Christmas... a great present!)

Dave wrote me in an e mail that he wanted me to find a picture of Willie Mays complaining to the umpire after the controversial out call on Bud Harrleson in extra innings of Game 2.

And he was quite specific.

"Find a photo of that on the internet and email it to me. And not with him holding the batting helmet, I want the hands palm up to the heavens....."

And Lord help me I looked.

And I couldn't find one.

I found all sorts of strange stuff, including THIS, but no picture of Willie Mays, batting helmet off, palms up to the heaven from Game 2 of the 1973 World Series.

And it is up to Sully Baseball to solve this issue!

And then used the incredibly high tech process of pointing the camera at my computer screen. I just happened to have the 1973 World Series DVD still in my computer... and I snapped a few pictures.

Hey, this method worked on my 1979 World Series entry including the amazing shot of Don Stanhouse.

Then again, I was taking pictures of my HD TV... but that is nitpicking.

So, as per your request Dave, are pictures of Willie Mays, palms to Heaven, protesting the call at home plate.

And for the rest of the planet Earth, you now have these pictures on the internet, courtesty of your pal Sully. 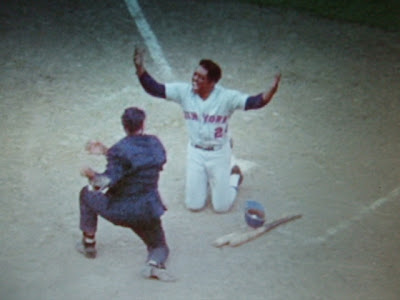 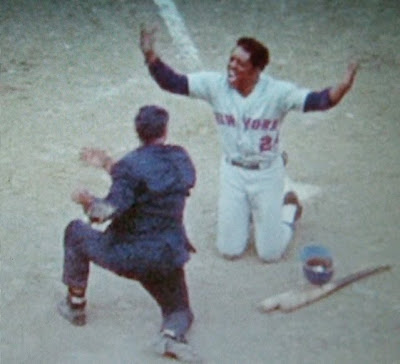 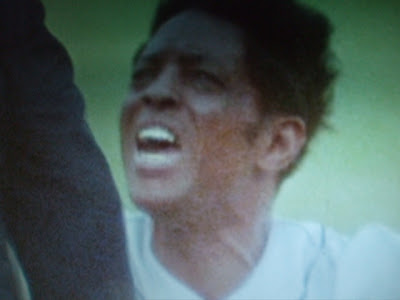