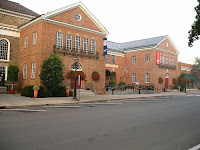 Last year I suggested Jay Bell’s election to the Hall of Fame and Rickey Henderson’s exclusion could help end the nonsense of “First Ballot Hall of Famer” being a special title and unworthy players getting odd sympathy votes.

Well I wanted to take a more literal look at the distinction of NOT being a First Ballot Hall of Famer… and show some of the sillier Sympathy Votes.

Here are a list of Hall of Famers who did NOT make it on the first ballot.

Now these were the crazy early days of voting… and it seemed that by the 1960s, sports writers were going to vote in worthy players on the first try (the likes of Ted Williams, Jackie Robinson, Stan Musial, Bob Feller, Willie Mays and Hank Aaron didn’t have to wait around.) But there are still some genuine head scratchers.

I can’t understand how some of the players aren’t elected in unanimously (Seriously, who DIDN’T vote for Willie Mays? Ted Williams? Cal Ripken? Tom Seaver?)

But how could there be enough sports writers looking unimpressed at Yogi Berra’s resume to say “Not sure he belongs in!”? 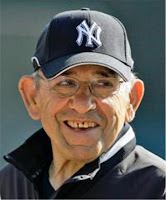 Was it the moronic “He’s not a FIRST BALLOT Hall of Famer!” mentality?
Who exactly remembers he wasn’t a First Ballot guy? Is he less of a Hall of Famer now? Or is he possibly the most loved living ballplayer?

And conversely take a look at the players who have in the last two decades received more than one Hall of Fame vote.

Anyone can take a single writer out to dinner and grab a vote. But these guys had VOTES… plural. And on their first ballot no less:

Look, all of those players had nice careers… but I wonder if the two sports writers who checked their names left off an actual Hall of Famer from their ballot because of the moronic “Not a first ballot” mentality.

Do we really want writers saying “Yes” to Juan Samuel while wringing their hands over the eligibility of Whitey Ford?

Some Cy Young winners like Bret Saberhagen didn’t do too well in the Hall of Fame vote. But I am sure they can take solace over the fact that CY YOUNG didn’t get in at first either.