The Hagerstown Suns are incompetent 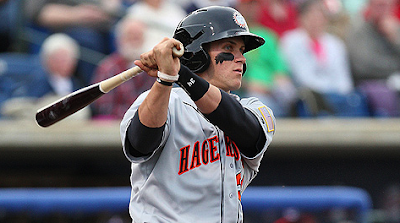 It was about Bryce Harper... the single biggest star to ever arrive in Hagerstown. As I said earlier, there have clearly been big stars who have played for the Suns, including Hall of Famer Jim Palmer, but who has entered the season with this much hype and anticipation.

And the website had no place to buy merchandise.
Just an e mail address and a phone number to stop on by. Um, you have a potential superstar playing for you and you might want to think about moving some merchandise.

So now he is actually playing for the Suns. For just the second time in recent memory, the Suns are mentioned in national media coverage.

They must have a place to get a hat and jersey for their much heralded star NOW, right?

Of course not.
Just the same lazy "Write us an e mail or give us a call" page.

There's only one more time that the Suns will be in the National Media this year... when Harper LEAVES!

Maybe then they'll try to make a few bucks.