Is THIS what it has come to, Red Sox? 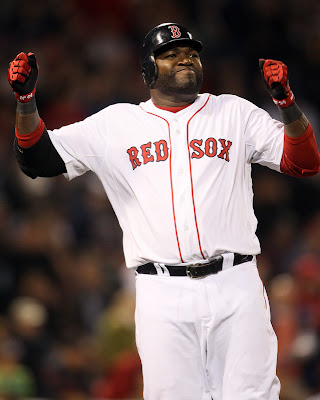 Seriously?
After the Red Sox swept 4 in Anaheim and went on the 5 game winning streak I thought "Man! The Sox are back!"

Now after losing back to back series to the Orioles and the FREAKING MARINERS AT FENWAY I am thinking "Man, the Sox that started the season 0-6 are back."

11 men left on base?
Being shutdown by the lawfirm of Fister, Laffey and League?
A wasted good Lackey start?
Having Milton Bradley of all people bust out the big bats?

This team is a disgrace until further notice.

DODGED BULLET GAMES - 5
April 8 - 9-6 win against the Yankees. (The Sox end their 6 game losing streak with a slugfest. John Lackey stinks but Phil Hughes stinks even more.)
April 10 - 4-0 win against the Yankees. (Beckett and Sabathia duel in a game that was 1-0 until the late innings.)
April 20 - 5-3 win in Oakland. (Red Sox survive a lead off homer and two bases loaded situations and facing the tying run at the plate to win their first road game.)
April 21 - 4-2 win in Anaheim. (The Red Sox stranded 15 men on base and Josh Beckett's went 8 strong with no decision. But the Sox rallied in the 11th to win.)
April 22 - 4-3 win in Anaheim. (Peter Bourjos makes a 2 run errors and the Red Sox survive a bizarre passed ball by Jarrod Saltalamacchia that let a run scored from second.)

TEETH GRINDER GAMES - 10
April 1 - 9-5 loss in Texas. (The Sox tie Opening Day in the 8th with an Ortiz homer only to have Bard implode and the Sox let up 4 in the bottom of the 8th.)
April 5 - 3-1 loss in Cleveland. (The Sox drop their 4th straight as the bats are dead in Cleveland.)
April 7 - 1-0 loss in Cleveland. (Sox blow a great Lester performance on a squeeze bunt and Darnell McDonald overrunning the bag to end the game.)
April 12 - 3-2 loss to Tampa Bay. (A solid Lester performance is wasted as Kyle Farnsworth of all people shuts down the Sox.)
April 15 - 7-6 loss to Toronto. (Bobby Jenks implodes with a 4 run seventh inning as the Red Sox waste Pedroia and Youkilis homers and a clutch RBI double by Scuatro.
April 19 - 5-0 loss in Oakland. (Pedroia gets picke doff, the Sox bats go dead and waste a solid Lackey start.)
April 26 - 4-1 loss in Baltimore. (Buchholz pitches tentatively and the Sox let Kevin Gregg of all people to close out the 9th.)
April 27 - 5-4 loss in Baltimore. (The Sox tie the game with a 3 run 8th only to have Bard lose it in the bottom of the 8th.)
April 29 - 5-4 loss to Mariners. (Bobby Jenks blows a 7th inning lead, wasting 2 Mike Cameron homers.)
April 30 - 2-0 loss to Mariners. (The Sox strand 11 runnerss and let Milton Bradley double home the go ahead run.)

How can May be worse?