Did the Orioles out suck John Lackey? 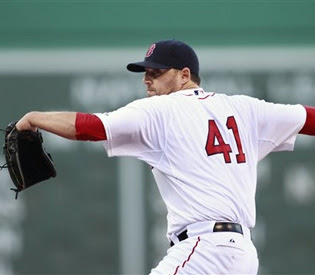 I think every Red Sox fan in the world braced for impact when John Lackey took the hill today at Fenway.

Even with a 3 game winning streak in June and a recent hard luck loss to the Phillies, Lackey's numbers were just crap.

And that's WITH those good games I mentioned.

I was expecting, especially in the wake of the Orioles brawl and lack of offense, to see Lackey go 4 1/3 innings and give up 6 runs.

He pitched into the 7th and let up zero runs!

So what does that mean? Does that mean that John Lackey is back and will pitch like the work horse for the Angels?

Or does that mean that the Orioles suck even more than John Lakcey?

I guess we'll find out in his NEXT start.

Either way...
THE MAGIC NUMBERS IS 74