Hey Colby Rasmus defenders? Where did you go? (I love being right!) 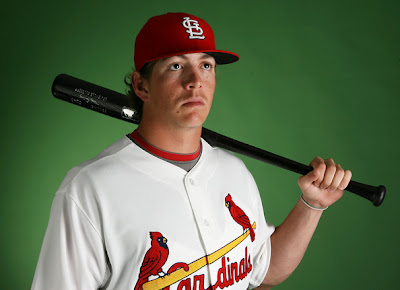 Last September, I trashed Colby Rasmus on the blog for being kind of a punk.
A guy who had a year and a half of playing time in the bigs and looked like a good player but hardly a world beater started bitching and moaning about his playing time.

He essentially was calling out Tony LaRussa, one of two people to manage a World Champion in both leagues and someone who if he went through the Eternal Sunshine of the Spotless Mind clinic and zapped out his last 15 years in baseball, he would STILL know more baseball than Colby Rasmus would ever contain in his head.

Even Albert Pujols, who never calls anyone out, called out Rasmus.

And in my post I basically said "Who the hell is Colby Rasmus to make a stink like this?"

I said he was a nice player who hasn't earned the right to start making a stink about playing time. A lot of players start off well enough and then flame out. Rasmus hadn't proven that he wasn't Angel Berroa, Bobby Crosby, Eric Hinske, Marty Cordova or Jerome Walton.

The e mailers and the commenters were out in full force. Somehow I had struck a nerve by implying that Colby Rasmus wasn't ALREADY a great player.

One comment said that his accomplishments were unheard of for a 23 year old.

Well the 24 year old has seen his stats start to plummet. His average, on base, slugging and OPS have come down to "Nothing Special-Ville."

And while I still haven't figured out WAR yet, I am guessing 0.6 isn't elite.

Hmmmm.
Where did all of his defenders go?

Where are the people calling him an elite player based upon the latest statistical fad?

Sounds like maybe Tony LaRussa, not exactly a dimwit, knew what he was doing last year.
But seriously... I'm dying to hear from his defenders.

Remind me how he is, and I quote one of them, "ONE OF THE MOST 20 VALUABLE PLAYERS IN BASEBALL RIGHT NOW!"

(Is he even one of the 20 most valuable Cardinals?)

Look, new stats can be great and create a unique perspective on the game. But if WAR can make you think that Colby Freaking Rasmus is an elite player, then that's all I need to know about WAR.

I'm sure his defenders will LOVE this video.