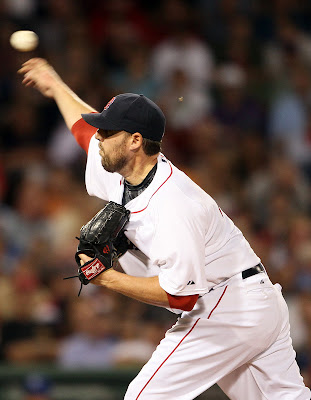 I was worried for half an inning.
Youk made an error and Lackey let up a homer. Sox down 3-0 before they even came to bat.
For that space between the top and bottom of the first I thought "Man, the Sox are REALLY going to lose this game."

Then Ellsbury and Pedroia hit back to back homers and I relaxed. The Sox didn't even have the lead after one, but I felt like the 3 run homer basically was a head start.

Now John Lackey won the game.
He's 4-0 in his last 4 games.
I don't care what other stats you look at. I want my pitchers winning.
Lackey is winning.
I don't understand how this is happening... the 12 run outburst is a decent explanation.

But keep winning Lackey and you'll win Boston's heart... or at least we'll stop hating you.