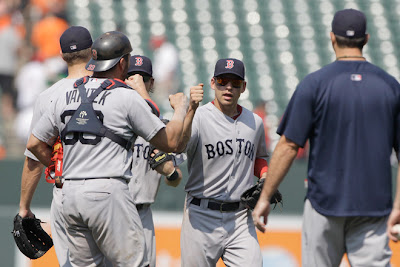 No teeth grinding.
No bullets dodged.

Just a good old fashioned shutting down of an inferior team and another series won.
The Sox have won their last 5 series.

Back home to play the Mariners and the Royals... two of the worst teams in the American League. Hopefully it will be 7 straight series.

The Magic Number is down to 66.