A scenario all Pirate fans should be hoping for 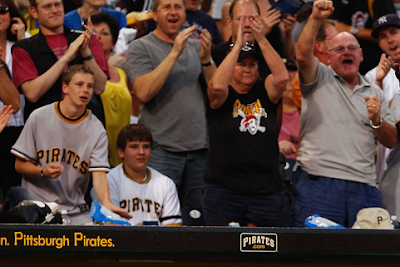 Pirate fans... you want something to cheer about?
How about THIS scenario?

Then let's say the Reds pull off another win against the Brewers. Dontrelle Willis is pitching for the Reds. It will be a tall order, but crazier things have happened.

Three games... not asking a lot.

If those three games break exactly that way, then the Pirates will go into the All Star Break tied for first place and a game ahead in the loss column for the lead.

Raise your hand if you thought this team had a chance to be in first place at the break.

If you raised your hand, you are a liar.