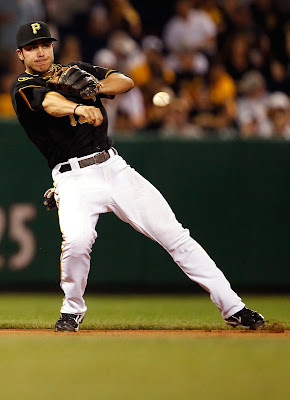 It's July. It is less than a week before the All Star Game. It is the second half of the season.
It is by no definition early.

And the Pittsburgh Pirates are in second place alone in the National League Central. They just leap frogged the Milwaukee Brewers and are 1 game back in the loss column.

The Pirates are here because they can pitch. They can field and they get the hit when they need it.

(If they collapse, I will be blamed.)