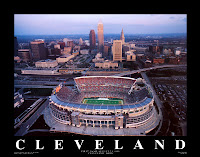 It's been 1964 since a Cleveland sports team won a championship.

LeBron couldn't do it in 2007 and neither could the Indians despite a 3-1 lead against Boston.

2007 was a tantalizing and cruel year for Cleveland fans.
And the Cavs lost to my Celtics, the Indians faded fast and the Browns... well it doesn't look good for them.

And you've seen all the other clips of Cleveland's failures... Elway's drive in 1987, the fumble in the end zone in 1988, Jordan's shot over Ehlo, the Indians blowing the 9th inning of game 7 of the 1997 World Series, third base coach Joel Skinner holding up Kenny Lofton from scoring last year, the fact that their river caught on fire...

That year the Browns, led by Jim (Mars Attacks) Brown, won the NFL title.
Notice I didn't say they won the Super Bowl. The first Super Bowl wasn't played for another 2 years... We're now up to Super Bowl XLII (that's 42 for the Romanic Numerically challenged).

Think about waiting since 1964 for ANY TITLE!

Imagine how drunk Cubs fans would be without the Bulls or the Bears.
Imagine us Red Sox fans being even more obnoxious and celebrating the 2004 and 2007 World Series with less class.
That's Cleveland.

You could be a 50 year old with grown kids and have no clear memory of any of your teams ever winning.

Your grown kids will be thinking of having kids of their own and think "I wonder if my kids will ever see a parade."

How outlandish is the idea of a Cleveland championship?

This is a film where the left fielder does voodoo.
That's fine.
But the Indians winning the World Series?
COME ON! How much can we suspend our disbelief? 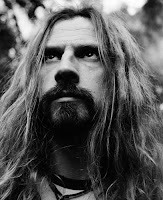 That's what Cleveland sports fans all look like inside.


Winston Churchill, Nat King Cole and Malcolm X were all still alive.
Brandon Lee was born after their last parade, made some lousy movies and has been dead for over a decade... all since their last title.

Which means when the Browns played for the NFL title, giving Cleveland their last reason to celebrate, Winston Churchill, Nat King Cole and Malcolm X could have been at a bar together watching it and during half time call Bruce Lee, who would be at home taking care of his pregnant wife.

And I'd like to think that happened.
It's more believeable than a Voodoo outfielder.

So let me ask you Cleveland fans some questions...

Ryan at Let's Go Tribe, which is worse? A year like this where the team didn't even show up despite great expectations or last year when the pennant was in your reach?

Hey Disappointment Zone, who is the most villified Indian in your lifetime? It's got to be Jose Mesa, right?

I kept replaying the 10th inning of game 6 over and over in my head. What inning do you replay, Deb at Tribe 24/7?

Cleveland Sports Animal, at this point does it matter who wins? Would a Cavs NBA title or a Browns Super Bowl be as sweet as an Indians World SerieS?

Sorry to bring this up, Mistake by the Lake, but aren't those caps a little racist?

I'll ask the big question to you T Bone. Do you allow yourself to imagine it? To picture the last out and the Indians rushing the field? Or do you think it would jinx it?

Personally I would always imagine that last out before it really happened on 2004.

Stay true to your team, Cleveland fans.
Take it from me, when they win (and one of them will eventually) the parade and the off season will be an out of body experience.