How much suffering can there be in San Diego? 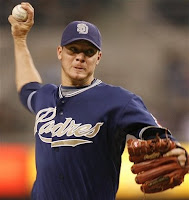 With the Red Sox fans cup now running over with post curse glee, the White Sox winners in 2005 and the possibility of (God save us) a Cubs World Series title, we may need to look for new fan bases to be the quick personification of long suffering yet loyal fans.

The staff here at Sully Baseball have been fascinated this year with fan bases whose suffering has been underrated. We analyzed Seattle, Cleveland, Philadelphia, Pittsburgh and Washington's suffering over the course of this year.

Which brings us to San Diego and their fans.

The Padres swept the Nationals this weekend. I don't think they are exactly dancing in the streets of San Diego.

After making the playoffs in 2005 and 2006 and playing a heart breaking extra innings 1 game playoff last year, I'm sure expectations in Padre-land were higher than "Sweep the Nationals and avoid losing 100 games" for 2007.

But here we are.
More heartache for a city that has seen its share of disappointment and "what could have been" moments.

However I am having a hard time lumping the Padres and their fans with what we Red Sox fans went through and what the Mariners, Phillies, Pirates, Indians, Cubs and even Nationals fans go through.

Part of the emotion of a cruel October is going through the long harsh winter, couped up inside, replaying the events over and over again while grumbling "Why did he keep bringing in Schraldi?"

The weather becomes the visual reminder of how cold and empty you feel.

In San Diego, while images of Matt Holiday dance in your head, you go outside, the sun is shining, the birds are chirping, the waves are crashing against the beach...

How bad can life be?

Let me tell you what I mean...
When the Padres lose in October, the fans spend a winter that looks like this. 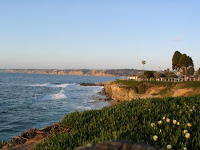 When the Indians lose, the winter looks like this.

So let's be fair and break down why Padre fans have a right to suffer:

1. They've never won.
Next year will be the 40th anniversary of the Padres first game. They are no longer a new team... 4 decades without a World Series title is a lot.

The ending of The Kid From Left Field is the only chance that a Padres fan has to see his team win a World Series.

2. They nearly lost them to Washington
After only 5 seasons (which included 3 100 loss seasons, 1 99 loss season and 1 95 loss season) the Padres almost moved to DC. They stayed and awarded their fans with a 102 loss season.

This amazing wealthspring of talent led to a grand total of one winning season.

The Padres bring aboard another future Hall of Famer in Rich Gossage, have a future Hall of Fame manager in Dick Williams, develop their own Cooperstown bound star in Tony Gwynn and import stars like Graig Nettles and Steve Garvey and finally make the playoffs. They stun the Cubs in a series where everyone on the planet was expecting to go to Chicago and win the first ever pennant for San Diego.

Their reward was playing a Detroit Tigers team that was possessed and could not be stopped by anyone. The Padres played tough but ultimately lost in 5 games. The 1984 Padres team would have crushed the 1983 Orioles or the 1985 Royals... but the luck of the draw got them Detroit.

5. Big signings equal no wins
There was a time that the Padres were players in the free agent market and big priced players like Bruce Hurst and Jack Clark would play in the Murph. It didn't matter as the Padres didn't contend for more than a decade after 1984.

6. Brown and Yellow Uniforms.
Seriously... these were pretty horrible.

The Padres stunned the Dodgers to win the NL West on the last weekend of the season and in the process avoided the heavily favored Braves in the first round.

They went on to play the Cardinals in the Division Series.

In game 1, Joey Hamilton let up a first inning 2 out 3 run homer to Gary Gaetti... then he would settle down. But it was too late. The Cardinals won 3-1.

In game 2, a wild underrated back and forth game, a wild pitch by Doug Bochtler allowed the go ahead run to move to third in the 8th inning. The run would score on a ground out and the Padres lost by 1.

In game 3, former Red Sox Jody Reed drove in 2 runs and the Padres took a 4-1 lead. But Ron Gant drove in 2 himself and the Cardinals went ahead 5-4. The late Ken Caminiti tied the game with a dramatic 8th inning homer, but Trevor Hoffman did what he does best... lose games in October. He let up Brian Jordan's 1 out 2 run shot in the 9th to give the Cardinals the lead for good. The Padres were swept even though they had a shot in each game.

Their reward was to play the 114 win New York Yankees, one of the most complete teams in baseball history. Like 1984, the Padres faced a juggernaut in the World Series.

That being said, the Padres seemed poised to pull off one of the great upsets in baseball history. Greg Vaughn homered twice and Tony Gwynn homered as well in game 1 giving staff ace Kevin Brown a 5-2 lead to work with. Brown cruised until the 7th inning when a single and a walk brought the tying run to the plate. Instead of sticking with his ace, Bochy brought in Donne Wall, who promptly let up a game tying homer to Chuck Knoblauch. The Yankees continued to rally and had the bases loaded and one out when Mark Langston faced Tino Martinez. With the count 2-2 and 2 outs and the game still tied, Langston threw a pitch down the heart of the plate about belt high.

It was called "ball 3." I remember thinking it was such a perfect pitch that I literally don't know what the ump saw. It was either high, low, outside or inside... I'm not sure.

Langston threw another pitch down the heart of the plate and Tino crushed a grandslam that gave the Yankees the lead they would never look back from.

The Padres had another chance to get into the Series in game 3. 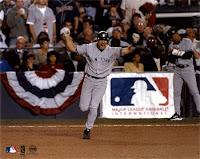 Up 3-2 in the 8th, knowing that a victory would give Kevin Brown a chance to tie the series in game 4, Trevor Hoffman let up Scott Brosius's towering 3 run shot to centerfield to give the Yankees the lead. They would win game 4 convincingly and yet another quick exit that was closer than you'd think was in the books for the Padres.

9. The Title of Worst Playoff Team Ever

On the last Monday of the 2005 season, Trevor Hoffman blew a save (detecting a pattern here?) to the Giants that dropped them 2 games under .500. Were they playing out the string of a disappointing season? No, they were trying to clinch at least a tie for the Division title. Despite being sub .500, they had a 3 game lead over the 74-82 Giants. The Padres needed a 4 game winning streak the last week of the season and a win the last day of the year to pull them over .500, which was enough for the NL West crown. Until a .500 team or worse wins the division, the Padres will always have "the worst playoff team ever." (No drama in October, the Cardinals swept them again.)

The best ever chance for a Padres World Series title was in 2006 when they looked like a legit pennant winner going into the playoffs against a battered and injured Cardinals team. But the Padres couldn't hit a lick... they scored 6 runs total over the 4 game series, giving the seemingly dead Cardinals reason to believe. The Cardinals went on the win the World Series, the 2006 Padres have already been forgotten.

In early September, the Padres were in first place and ready to have home field advantage in the first round. Throughout September they hovered a game or 2 behind Arizona for the best record in the NL. An out away from clinching their third straight playoff spot, Trevor Hoffman (him again?) gave up the cruelest and most ironic game tying hit to Tony Gwynn Jr. The Padres would lose their last two games and set up the show stopping one game playoff where Trevor Hoffman (SURPRISE!) couldn't hold a 2 run lead. And no, Matt Holiday never touched the plate.

And that isn't even factoring in the Chargers!

But I have a hard time imagining the winter being long a cruel when it is beautiful and mild.

So how about it, Padres fans?

Everyone at Gaslamp Ball, do you think you are among the longest suffering fans?

Does the Friar Nation think I am full of it by degrading your pain because of the weather?


Trevor Hoffman does not belong in the Hall... and Pennant Fever agrees with me. What do YOU think, Duck Snorts?


Hey Petco Park Insider, is there enough passion for the Padres to develop legitimate angst or is everyone just thinking about the Chargers?

Well either way, if you are going to suffer with a team, it seems like a nice place to suffer.