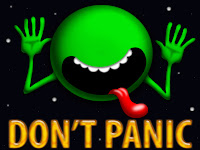 I was at work today and I happened to check CNNSI and I saw the headline "Brewers Fire Ned Yost."

I didn't understand what it meant. I felt like it was is a foreign language.
What do mean they fired him? At the end of the season maybe? They rehired him maybe.

But nope. I read the article... and the Brewers, tied for the Wild Card in mid September with 12 games to go, thought it was time for a change.

The only other time I can remember a contending team making a managerial move this late in the season was in the movie The Kid From Left Field when Gary Coleman took over as manager of the Padres... only to have child welfare take him away with the Padres up 3-0 in the World Series against the White Sox... and the interim manager lost the next three games...

until Robert Guillaume was hired to manage game 7 which they won on a 3 run walk off shot by Gary Collins.

And any time your managerial moves remind me of a Gary Coleman movie, you know it is a n F'ed up move.

The Brewers are in full "Godzilla is approaching Tokyo" mode and they are still in position to at least play for a playoff spot.

What could that meeting between Yost and his friend GM Doug Melvin have been like?


YOST: Doug... I have a good feeling about this series with the Cubs. I know we had a crappy run. 3-11 stinks... but we are home, the crowd should be energized... and even with that run we are still tied for a playoff spot. We've got Sabathia on the mound, Sheets is pitching later... I think we got the losing behind us.

YOST: What? You mean you are not picking up my contract at the end of the year?

MELVIN: No. Right now. Clear out your desk.

MELVIN: We feel its time to go in a new direction.

YOST: In 12 days? You couldn't trust me for 12 days at home with our best pitcher on the mound? Who are you replacing me with? Did you clone John McGraw?

YOST: Let me get this straight... when I took this job, they had gone 10 straight losing years.

YOST: And I'm about to manage their second straight winning year.

YOST: They could go to their first playoff since Paul Molitor, Cecil Cooper and Robin Yount were suiting up.

YOST: And you are going to replace me with a guy who was such a bad third base coach that he was booed while getting his World Series ring in Boston?

YOST: Am I being Punked?


Seriously... there must be something we non Brewer fans just didn't know.

Sometimes it happens in other sports. I remember Larry Robinson taking over the New Jersey Devils in March of 2000 and leading them to the Stanley Cup title... but he was a Hall of Famer.

Something is up here!

Fill us in Brewer land. 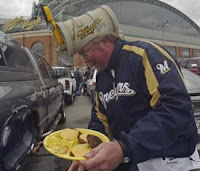 Two Fisted Slopper, what the f---?

No seriously Don Walker, what the f---?

Hey Scott at In Between Hops, I know expectations are high for this year but for a team that hasn't played October ball since Reagan's first term, isn't this a bit rash?

Let me ask you, Yost Infection. Was there grumblings about this that maybe those of us outside of Brewers land didn't hear about?

And Dale Sveum? Really? The guy that Sports Bubbler claimed can be replaced with an actual windmill!

Brew Crew Call, are you expecting a bump from the firing? Is 12 games enough of a bump?

I could understand if they brought in a Brewers hero like Robin Yount... but Dale Sveum? Was Billy Jo Robidoux not available? Is there another Brewer legend you'd rather see, Bernie's Crew?

Or maybe this is like that Kevin Costner and Cal Ripken's wife urban legend. Did Melvin catch Yost with his wife? Hey Chuckie Hacks, let's spread that rumor.

How could that be any less insane than firing the manager with 12 games to go? 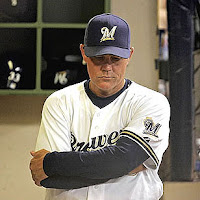