ARE YOU KIDDING ME? 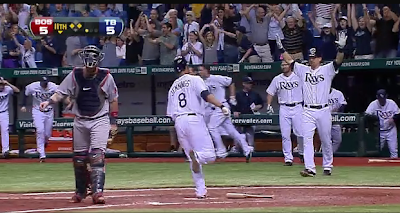 Seriously... if you are going to lose. LOSE. Get blown out of the water. Make it embarrassing.
Make it like yesterday when John Lackey showed that he should be cut.

Don't do this.
Don't have a pair of dramatic 9th inning homers to tie the game and send it into extras.
Don't burn 2 innings from Papelbon the day before they NEED to win and avoid a sweep.

Man, Daniel Bard is making Jonathan Papelbon's agent salivate.
And this team is making me vomit.

Now to hand the ball to Lester in a must win game.
If the Sox lose, their lead will be 3 in the loss column.

Their April and September have both sucked.
As for October? Can we even count that they will be PLAYING in October?