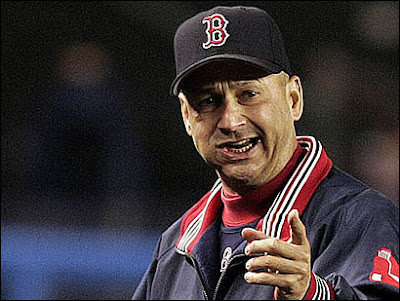 Terry Francona is not coming back to the Red Sox.
It is a monumentally stupid decision.

Had Dan Johnson and Nolan Reimold swung and missed he would have had the Red Sox in the playoffs using four pitchers with ERAs over 5 in the month of September.

This wasn't Terry's fault.
And the man who outmanaged Joe Torre in 2004 and won the only 2 World Series the Red Sox have won since World War I is being booted.