It's glass half full time 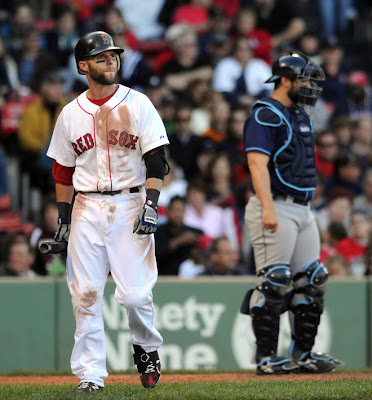 OK.
The suckitude has reached some terrible lows for the Red Sox.

Did ANYONE think the Red Sox were winning today? Of course not. So the Red Sox dropped 3 of 4 to the Rays.

The Wild Card lead is down to 2 games.
What could POSSIBLY be positive about the current Red Sox situation?

Well, they STILL have the lead.
They are no longer playing the Rays head to head.
And 7 of the last 10 games are against the Orioles, including 2 tomorrow.

So this is the big Red Sox test. 4 games against the worst team in the American League.
There you go, "Prohibitive Favorite To Win The American League Before The Season Began." That's your mission.

If the Red Sox can't win 3 games against the Orioles then frankly you DESERVE to be playing golf in October.

So go beat the worst team in the American League at least once tomorrow.