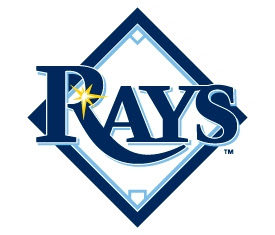 There are only a few more weeks left to the season and the contenders are dwindling down. I am running out of time to finish my Why Each Team's Potential World Championship Would Be Good For The Game series.

We continue with the Tampa Bay Rays.
When I started writing these, I didn't even have Tampa Bay on the list but I DID have the White Sox and the Indians, who as if this writing are below .500.

But thanks to the Rays surge this September and a 3 game sweep of the Red Sox, they are very much in the hunt. They need a lot of help, but sweeping the Red Sox again starting tonight would tie them for a playoff spot with 10 games to play.

If they do that, it would be a monumental pre-2004 esque collapse for the Red Sox and the third playoff berth in four years for Tampa Bay.

Would a Rays World Series title be good for the game?
Oh let me count the ways. 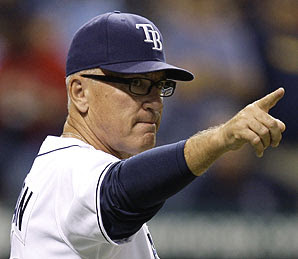 1. A Rays World Champion could put Joe Maddon on the fast track to Cooperstown.

He's only been the Rays manager for 6 seasons, but a World Series title this year would make his Hall of Fame candidacy very interesting. With a title, he would have already done the hard work. He took over a team that lost at least 91 games for each of their 10 years of existence and put them in the World Series. Throw in another Division Title and four straight winning seasons and he can take a huge piece of credit for turning a laughing stock into a contender. Not even Lou Piniella could do that. Like Ron Roenicke in Milwaukee, he is a protege of Mike Scioscia who was a protege of Tom Lasorda who was a protege of Walter Alston. It could be a legacy of Hall of Fame managers.

2. Maybe Brad Pitt could play Andrew Friedman as well if the Rays win it all.

The Rays were a bigger mess than the Oakland A's ever were and with Andrew Friedman as GM, they've won more pennants than Billy Beane's A's! So where's the Brad Pitt film about Friedman?

He is putting contenders (and Division Champions in 2 out of 3 years) in a Division that features the two big bad wolves (New York and Boston.) He didn't listen to the whining of "Nobody can compete with them" and found a way to. And he is STILL doing it with one of the lowest payrolls in the game. They are putting a winning product on the field and by letting key free agents walk, they had what seemed like 100 first round picks. So the talent pipeline to the majors will remain fruitful.

Seriously, it's a great story. 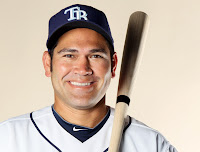 Then he won a World Series ring with the Yankees. But Red Sox fans and Yankee haters didn't like THAT!

If he wins one with the Rays, who could have a problem with him? It's like the porridge that Goldilocks chose.

4. A World Series title could be the overdue fulfillment of Kyle Farnsworth's potential.

Since coming up with the Cubs, Kyle Farnsworth has had jaw dropping potential but never fulfilled it. He threw hard but the balls went out of the park even faster. Even in Atlanta, where he had his best regular season, he blew a key playoff lead that led to the Braves elimination in the 2005 Division Series. Yankees fans dubbed him "Farnsworth-less."

But in Tampa Bay he found his groove and has become an effective closer. What better place of redemption than on the mound for a World Series title?

5. A ring for David Price and what could become the best staff in baseball.

At age 25, David Price is already a seasoned battle tested veteran. 29 year old Big Game James Shields is the elder statesman of the rotation. Pitchers Wade Davis, Jeremy Hellickson, Jeff Niemann and Alex Cobb all made Matt Garza and Scott Kazimir expendable. This team is so loaded with young pitching (Matt Moore and Jake McGee are the latest to make the leap to the big leagues) that they should keep Tampa Bay competitive for the next 4 or 5 years.

A World Championship could spotlight this staff and pitching coach Jim Hickey and create a blueprint of how to build a team around pitching.

6. A World Championship would force the spotlight on Evan Longoria and B. J. Upton.

Baseball needs new heroes to emerge in the post Steroid years. Neither Longoria nor Upton have put up numbers that match their potential. But perhaps World Series heroics and highlights can put these two talented and exciting players in the public consciousness.

And maybe THEN Longoria would be able to afford a new hat.

7. Would Manny Ramirez get a World Series ring?

Hey! He played 5 games for the Rays.

Yeah, he retired in disgrace.
Yeah, he is sinking further into Pariah-ville and has as good a change to get into the Rock and Roll Hall of Fame as the Baseball Hall of Fame.

But he DID play for the Rays. If they win, it would be an interesting debate. 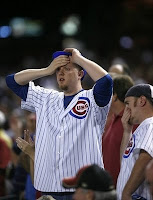 8. It would interesting to talk with a Cubs fan the day after a Rays World Championship.

Seriously, it would be nothing short of cruel for a Cub fan to witness yet ANOTHER expansion team win the World Series. The Cubs last PLAYED in a World Series 16 years before the first expansion.

14 teams have come into the league since the 1945 World Series and 12 of them have made the World Series.

The Cubs last won the World Series when Roosevelt was in office... TEDDY Roosevelt. The Marlins and Diamondbacks have each won a World Series and they were created when CLINTON was in office. If a third recent expansion team wins while the Cubs wait would be borderline cruel.

Hey! At least the Cubs have Matt Garza and Carlos Pena!

9. A World Series title would give us SOMETHING positive to say about the Trop.

The Rays have been trying to get out of the Trop since their first game IN the Trop! I have yet to step foot in Tropicana Field. It just looks like an idea that was great in the mid 1980s but just is out of date now. It is the BetaMax of stadiums.

But guess what? Some ugly parks can have some nice memories. The Metrodome was ugly, but the Twins had their greatest moments there. The Vet was a hole, but the Phillies had some glorious victories in that cold ugly donut. The Kingdome was an eyesore, but that's where Griffey scored from first!

Eventually the Rays will have a new park or a new city. If the Trop is leveled, it would be nice to have one great moment there. 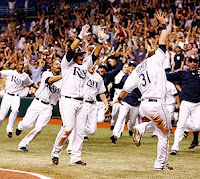 10. A Rays World Series title is supposedly what EVERYONE IN THE WORLD WANTS!

What are the biggest complaints about baseball?

Only big market clubs win.
The Yankees and Red Sox make it unfair.
You need deep pockets and a huge payroll to have a shot.
A team needs a state of the art stadium to have the revenue to contend.

Well the Rays have raised a middle finger to all of those sentiments! The Rays, filled with homegrown stars, a sense of fun and a wonderfully likable manager, should be the darlings of every casual baseball fan. They should be the glorious underdog who spit in the face of convention and are saying "We'll defy logic and show all of you how to do it!"

The draft well, they trade well and play hard. (Are you taking notes, Royals and Pirates?) And they are not afraid of the Goliaths of their Division. I swear if I weren't already a Red Sox fan, I'd probably rooting hard for them this weekend.

The fact that baseball DOESN'T sell this team better just is another example of MLB's incredible incompetence to promote their own sport!


So there you have it.
I am writing this AS my beloved Red Sox are trying to keep Tampa OUT of the playoffs. But if Tampa does get in, there are plenty of reasons to cheer them on.

Oh I am such an optimist!