The Dodgers could clean up on Off Season Awards 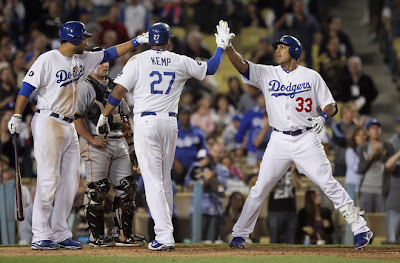 It's funny, everything about the Dodgers this year seems like a catastrophe.
The Brian Stowe incident at the beginning of the year helped lead to the unraveling of the ownership.

Are they bankrupt?
Does MLB control them?
Will the Chinese Government assume control of the Dodgers?

The only thing for certain is that Dodger Stadium is all but empty and their season is lost.

And despite all of that, the Dodgers could find themselves bringing in some hardware when the season is wrapped up.

They have one major award all but in the bag and a few more wins in the final week of the season could net some more. 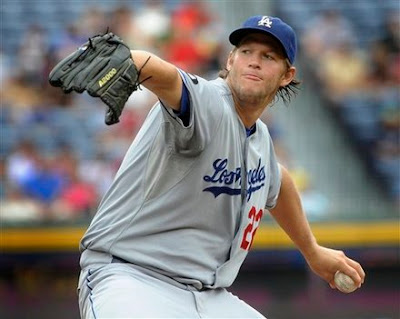 Both Roy Halladay and Cliff Lee deserve a lot of votes, especially for putting up stellar numbers in a pitchers ballpark.

And Ian Kennedy's emergence in Phoenix will get some voters attention.

But Kershaw is in line to win the unofficial Triple Crown (Wins, ERA and Strikeouts.) He has let up the fewest hits over 9 innings of any National League pitcher. His 0.99 WHIP is second only to Cole Hamel's 0.98 WHIP. And while I STILL don't understand WAR, he is tied with Cliff Lee with this highest WAR among National League pitchers.

Throw in his 5-0 record against the World Champion Giants (including winning 3 head to head match ups against Tim Lincecum) and he is all but a lock to win the Cy Young at age 23. 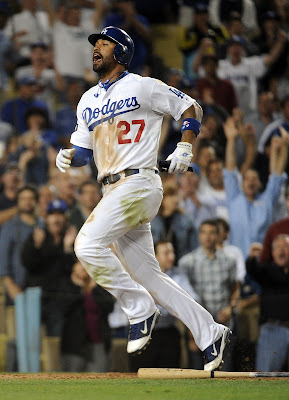 It's a taller mountain to climb for Kemp, but not because of his numbers.

His 9.0 WAR is the best in baseball.
He has the most total bases and run scored in the National League.
He is in the top 3 of Average, Home Runs, RBI and in the top 4 in OPS.

Only 5 sluggers in all of baseball have homered more than he has, and Chavez Ravine isn't the easiest place to crank them out.

While Ryan Braun might be the front runner, Kemp doesn't exactly have Prince Fielder in his lineup with him.

Plus he plays a Gold Glove caliber Centerfield. The Dodgers' non contending season could keep the MVP trophy off of his mantle, but I think he deserves is. 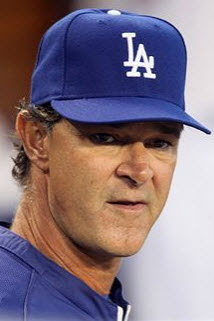 OK, this one will be a stretch. Kirk Gibson has this all but locked up by sending a Diamondbacks team that NOBODY picked to the post season (assuming they don't fall apart.)

But give Mattingly tons of credit. This team had every reason to fold up tent and Donnie Baseball could have phoned this season in and NOBODY would have blamed him.

Instead, here they are with 9 games left and they are above .500!

Can you imagine if this team has a winning season? This was supposed to be the worst year in Dodger history and in terms of off the field stuff, it was. But in terms of the product on the field, it's not even the worst team of the last 2 years!

Mattingly deserves a ton of credit of focusing on the field and if he comes away with a winner, then the Dodgers have a bright future!

And by the looks of the potential hardware, their present was a lot better than anyone could have expected!