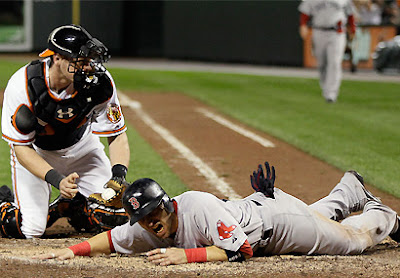 So the Red Sox blew the incredible lead to play golf this October. They were shockingly dreadful in September.

But remember how they lost their first 6 games and 10 of their first 12?
The Red Sox finished the season 90-72.

Imagine if they weren't awful but merely mediocre at the bookends of the season.
Instead of being 17 games under .500 in those 2 months, what if they were just 1 game under .500?

That would be a 26-27 record in the 53 games of April and September. Not unreasonable for a consensus World Series pick.

And if they did that and played the rest of the season the same way, they would have had a 98-64 record... a game ahead of the Yankees.

If only they rose to the level of "eh."