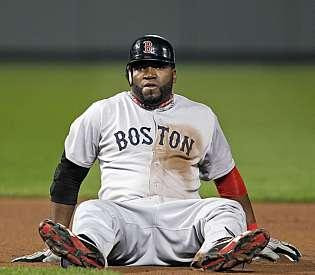 Think was a teeth grinder?

This was a franchise changer.
The Mets haven't been able to shrug 2007 and they won't until they win the World Series.

For the last time all year, I will update the tally.

In a season with a historic collapse, you'd think the opposite would be true. But using this as a guide, the Sox could have been described as a clutch team.

Just goes to show how numbers can be deceiving.