I hate my remote control 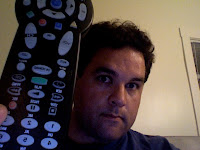 My stupid and overly complicated remote control impeded on my enjoyment of game 3 of the 2008 American League Division Series.

The days of parking my ass down and watching 4 straight baseball games in one October day are pretty much gone. I have duties as a husband, a father of 2 and the reality of being closer to 40 than to 30.

So while I wanted to sit on my new couch and watch all of game 3, I had dinner to feed to my guys, a bath to give them and I had to read them Where The Wild Things Are a few times. 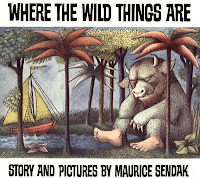 All the while a great games was unfolding.

But I didn't sweat it.
I simply hit pause on my remote control.
I wasn't recording it, but you can pause and rewind live TV.

Recording the game would mean erasing some of my kids shows...
and YOU explain to my guys that there is no Thomas and Friends or The Upside Down Show in the morning.

So the game was paused and I did my fatherly duties, with some help from my dad who was in town.

Dinner was eaten, baths were given and books were read and before long, boys were asleep.

I scampered downstairs and unpaused the game. I was watching events that were an hour and a half old as if they were live.

And the game unspooled... and it was intense... it was surreal (a three run bloop single? Beckett and Varitek not on the same page?)... and it reached out to those heart wrenching 9th and 10th inning where a basehit would have won the series... a wild pitch or a 4th ball would have sent the Red Sox to the ALCS.

And I could fast forward through the commercials as my dad and I couldn't afford to wait.

Of course I could have called a friend or check on line... but I wanted to experience the game as if it were live.

Going into the 11th, I fast forwarded and then when I got past the commericals, I hit play.

Or at least I meant to.
Instead I hit the button right above it... a button that to the thumb feels identical to the play button...

It's a button that is called "list" and what it does is it plays what shows have been recorded on the DVR.

In other words I changed the channel to the shows I tape for my kids.
So instead of watching Papelbon stare down the heart of the Angels order... I 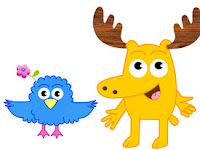 saw Moose and Zee from Noggin singing "Everywhere I Go."
And I realized that because I was trying to preserve my kids shows by not recording the game, if I flipped back to TBS, I would no longer be 1 hour and a half back but rather in real time.

I flipped back and lo and behold the TBS post game show was analyzing the Angels victory.

I missed the ending of the game because of the stupidity of the remote design.
Why put that button there?
Don't they realize it can destroy a fan's enjoyment of a game?

It's like a self destruct button.
Or like having a small vent that if hit with a torpedo could destroy the Death Star... and not putting a screen over that dent.

Just imagine being wound tight watching your favorite team and suddenly you hear this song...

I don't think this song is supposed to inspire F Bombs.