I can't help but wonder about Johnny Vander Meer's family 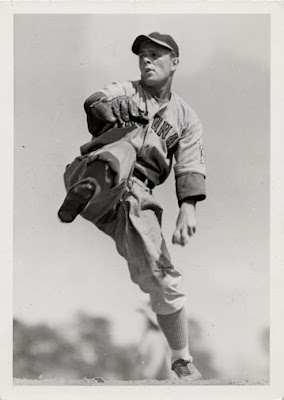 Johnny Vander Meer is the only pitcher in history to throw no hitters in consecutive starts.
He threw the first one on June 11th, 1938 for the Reds against the Boston Bees (aka the Braves).
The second one he threw on June 15th, 1938 in Brooklyn. It was the first night game played in Brooklyn and I guess the Dodgers batters needed some time to adjust to night ballgame.
Every time someone throws a no hitter, we are reminded in the pitcher's next start about Vander Meer.
Now Vander Meer died in 1997 with his feat unmatched.
But I wonder if he had kids or grandkids. I wonder if they get together and watch each start after a no hitter with champagne like the 1972 Dolphins, hoping their pop or grand dad's record never gets surpassed.
Right now Mark Buehrle has the Twins hitless through 4 innings in his first start after hisperfect game.
I wonder if they are rooting for him or against him.
If it were my dad, I'd be rooting against him... but I am a petty man.
Posted by Sully at 6:17 PM