Tough decisions for the Mariners 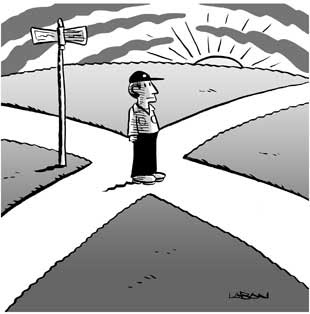 Ohhhhh I am glad am not Jack Zduriencik, the Mariners' general manager right now.
First of all, I am glad I didn't have to learn how to spell Zduriencik when I was 3 or 4 years old.
Secondly, he is in a crossroad right now... and by crossroad I don't mean Ralph Macchio dueling with the devil with his guitar.
The Mariners, fresh off of a 100 loss season, looked like a team in transition.
They were loaded with veterans but with a new GM and a new manager it looked like they could head in a new direction. But 2008 was not a contending year.
Zduriencik (I'm just cutting and pasting his name now) did the smart thing by bringing Junior back, giving fans a reason to show up to the ballpark. And no doubt he figured when July came around, he could start dumping older players to build up the farm.

Jarrod Washburn would be a perfect piece of trade bait.
A lefty starter with World Series experience would be a terrific fit for a contender.
Last night's complete game 1 hitter against Baltimore seems like a perfect audition for a playoff team.
Miguel Batista would be a terrific trade chip for a team looking for bullpen depth.
And as I wrote a few weeks ago, Adrian Beltre would be a great fit for the Cubs or the Cardinals... or maybe even the Red Sox with Mike Lowell on the DL.
But there's that little problem. The Mariners are in contention.
They are only 3 1/2 back. They are within striking distance.
The Rangers are showing surprising resilience but probably don't have the horses.
The Angels have stormed back after a tragic first quarter of the season but are relying on too many unproven talents.
And yet the Mariners are in third. They probably need both teams to stumble and will have to make up 4 games in the loss column and then stay in first with an overachieving team.
All the while knowing that Washburn, Beltre and Batista won't be trade chips after July 31 when the trade deadline passes.
Is it worth passing up on dealing those three guys and miss the chance to put 2 or 3 new young prospects into the system to go for it this year?
But if you trade those three and wave the white flag, and then see the Rangers wilt in the heat and injuries catch up with the Angels, would you have passed up a chance to make the playoffs? With JUNIOR back on the team no less?
A GM's job can be filled with devastatingly tough choices that look unpopular at first but help the club in the long run.
Dealing Randy Johnson midway through the 1998 season (fresh off of the 1997 division title) was unpopular... but it yielded Freddy Garcia, John Halama and Carlos Guillen, who all contributed to the 2000 and 2001 playoff teams.
Now none of the players I listed above are as valuable a trade chip as the Big Unit, but they could fill needs for potential playoff teams... and teams on the cusp of a pennant are prone to make desperate moves.
Don't believe me? Check out the trades that sent John Smoltz, Jeff Bagwell, Jason Varitek, Derek Lowe and Jay Buhner.
But could a playoff team with Junior and Ichiro create the greatest memory in the history of Seattle sports? Remember how unlikely teams have stormed all the way to the World Series in recent years? And remember how badly Seattle fans need something to cheer about?
It's your call Mr. Zduriencik. (Apple C... Apple V.)
Posted by Sully at 9:44 AM