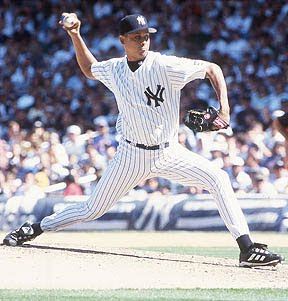 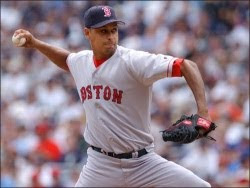 If Red Sox/Yankees was a category on Jeopardy, an answer could be "He is the only living player with World Series rings as a Yankee and a Red Sox."

And the correct response would be "Who is Ramiro Mendoza?"

Mendoza was a middle reliever on the 1998 and 1999 World Series rosters and in fact was the pitcher on the mound when the Yankees won the 1999 AL Pennant in Fenway Park (one of the few times Joe Torre let a pitcher other than Mariano Rivera finish off a series.) Truth be told, Mendoza should have been the series MVP over El Duque Hernandez, but that's another story.

In 2004, Mendoza was a member of the Red Sox. He pitched in the ALCS against the Yankees and had the dishonor of getting the loss in the 19-8 Game 3 massacre... it was also the last loss the 2004 Red Sox would have as they won the last 4 of the ALCS and all 4 games of the World Series.

That was it. The Babe Ruths and Carl Mays and all the other former Red Sox champs who were sold to the Yankees are all dead.

But this year, two names threaten to join him. 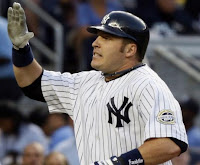 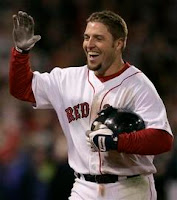 Damon everyone remembers (and some have forgiven.)

And last year, Hinske was a member of the Rays and struck out to end the series (and was then analyzed by my wife.)

I have nothing against Damon or Hinske and I appreciate all they did in a Red Sox uniform...

But I hope in a few weeks the answer to that trivia question remains simply "Ramiro Mendoza."