How could Fredi Gonzalez's job POSSIBLY be in trouble? 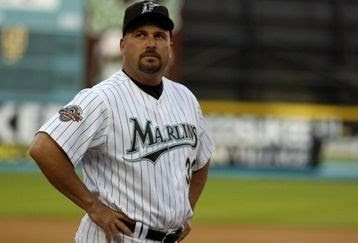 Seriously... in what parallel universe has Fredi Gonzalez done a job that is less than awe inspiring?
The Florida Marlins had a $22 million payroll in 2008.
That's less than Jason Giambi made in 2008.
And with said payroll, and filled with AAA players the team had a winning record. They spat in the face of people who said an organization with a low payroll couldn't put a good product on the field.
This year the payroll soared to a whopping $34.4 million... or less than it cost the Red Sox to just TALK to Daisuke Matsusaka, let alone sign him.
The Marlins rattled off 87 wins and were in the playoff mix into September.
The guy has shown he could win games without superstar talent.
Imagine what this guy could do with... oh I don't know... $40 million!!
But instead we hear he might actually get booted?
If I were the Astros, Indians, Blue Jays or whatever other organizations that will be manager shopping, I'd put Fredi's number on speed dail and hit it the nanosecond the Marlins do something stupid!
Posted by Sully at 10:39 AM