My son could not see the future... but did my Mother In Law? 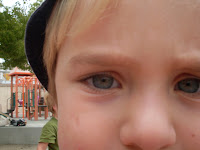 He picked the Division Series perfectly.

And he picked the NLCS and when the Angels stayed alive, his ability to see the future even caught Alyssa Milano's attention.

But for the third time this series, the Angels defense collapsed in the Bronx and what looked like a potential Angels rally in the 8th was cut down by Robinson Cano's positioning on Torii Hunters grounder.

So there goes Aidan's prediction of the Angels eating the Phillies.

But wait a second!

When I put my picks up against my two 4 year old sons, a coin flip and my mother in law's picks, I noticed something. 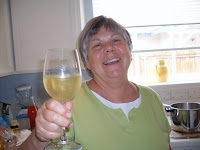 My mother in law made some wrong picks... (she had the Red Sox and the Cardinals in the LCS... as did I).

But she DID pick both pennant winners correctly.

Hmmm. Maybe there is hope for Phillies fans.