The Mets new field is nostalgic... but for the wrong team! 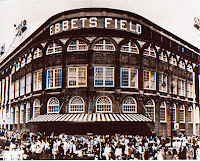 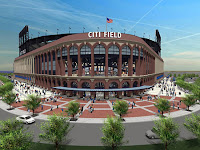 The Mets are getting a new stadium to replace the decaying and dated Shea Stadium. And like most stadiums, the new Citi Field will be dripping with nostalgia and romance of the "good old days" of baseball.

While I am all for nostalgia, look at the new stadium's design. It's nostalgic for Ebbets Field and the Brooklyn Dodgers... not the Mets!


They are the high flying 80s! And who was higher than Doc and Straw? 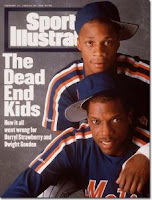 But Oscar Madison wrote from the press box!


You are pining for the Dodger Sym-Phony?
Well did the BEATLES ever play Ebbets Field?

There are 50 year olds who have no memory of Roy Campanella and Pee Wee Reese... but have a lot of memories of Tom Seaver and Jerry Koosman.

They didn't stay up nights listening to Red Barber and Vin Scully...
But they did listen to Ralph Kiner, Bob Murphy and Lindsay Nelson.

being their only All Star!

Shouldn't the stadium reflect the nostalgia most people have of the team?

How long will it take New York to get over the Dodgers splitting town?

Seriously, it's been 50 years!

Imagine you were passionately married to a woman. Most of the years were really lousy but you romanticized them in your memory.

Suddenly she winds up leaving you for a glamorous new guy in California. It devastates you, especially because she is clearly much happier, having better years with her new guy than you two EVER had.

So you marry the first girl who comes along and she seems downright homely at first... but she's faithful, more stable, comforts you when things are bad and still manages to give you some great years.

When it comes time to build a new house, what do you do? Would you build a shrine to that two timing wife who left you? Or honor the wife who stood by your side?

GET OVER THE DODGERS AND HONOR THE METS! 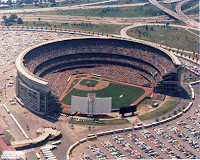