How were my predictions? 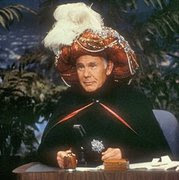 The regular season is over... and what a great finale we had! Not only did it go an extra day, but the extra day went extra innings.

Now as last year's post season 0-7 series record shows... I am not always the best at predictions.

But I make them anyway. Let's see how my preseason picks turned out:

Nobody could confuse me for a homer in my picks!

Oh I'm sure you knew Morneau and Mauer would have such dramatic drops in production and that nobody else would be able to pitch!

Hey! I got one right!

Man, did I get THAT one wrong! I thought the White Sox were going to be younger and hungrier than the team that won 90 games in 2006. Ooops.

At least I didn't pick the Mets!

NATIONAL LEAGUE CENTRAL
I picked THE ST. LOUIS CARDINALS
The actual winner was THE CHICAGO CUBS

Not even LaRussa could keep this team together through death and scandal.

The only question is which pick was worse? This one or the White Sox?

This almost cancels out my crappy Giants and White Sox picks. Seriously, who else had the D'Backs bound for the playoffs. Granted my logic was faulty (I thought that Randy Johnson was poised for a big year!) but it's the pick that matters!


So there you have it... two AL participants (Yankees and Angels) and one NL participant (The Diamondbacks) picked.

And people wonder why I don't gamble!
Posted by Sully at 10:59 PM