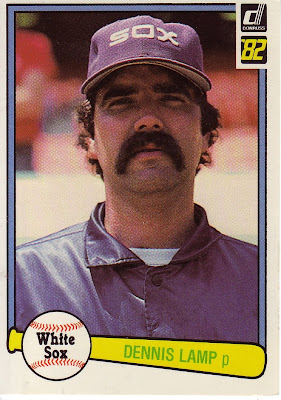 Going through my old baseball cards at my parents home, I stumbled across this one of former White Sox pitcher Dennis Lamp. (He had stops with the Cubs, the A's and Pirates as well as pitching for 2 Division Winners with the Red Sox and having an 11-0 record with the 1985 Division Champion Blue Jays... but here he is a White Sox pitcher.)

It's a 1982 Donruss card and frankly I don't remember ever buying Donruss cards, but here it was in a shoebox.

Dennis Lamp was a good enough player. He pitched for 16 seasons and finished his career with a 3.93 ERA. He saved 15 games for the 1983 Division Champion White Sox.

And he had a kick ass mustache.

There is something odd, however on the back of his card. 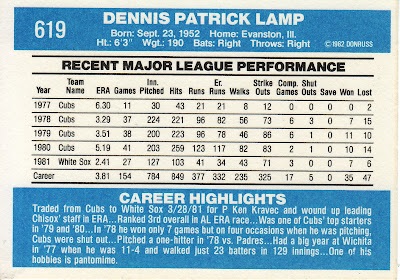 Not his stats. Did you check his carrer highlights on the bottom of the card?

Look at the last line...

One of his hobbies is pantomime.

And what exactly does that mean? 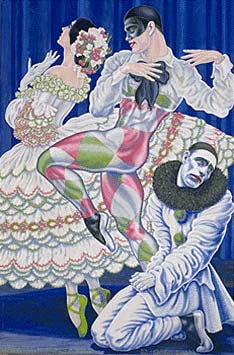 The art of pantomime can refer to a specific form of theater common in Europe. Usually performed in Christmas shows, it involves wildly exaggerated characters, dance and songs.

And lots of the people are dressed in those creepy Harlequin clown costumes that give us all nightmares.

And of course the other possibility is he was a mime.

You know, those guys in the white makeup, dressed like a French stereotype and pretends to be in a wind tunnel or walking invisible dogs.

Either way it is strange.

Either way Dennis Lamp is either dressed in a Harlequin clown suit dancing about... or pretending he is trapped in a box.

Folks, that creeps me out.

I must get to the bottom of this.