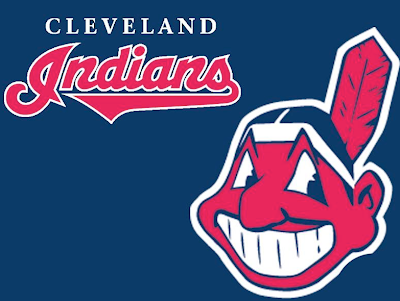 It is time to continue my series of Why Each Team's Potential World Championship Would Be Good For The Game. Before it is too late, I better do one for the Cleveland Indians.

It is very late August and the Indians, once the best story in baseball have fallen below .500. The Indians have had a very unlikely fun summer, but they are one modest losing streak and one modest Detroit winning streak from calling it a year.

The Tigers sweep of the Tribe was bad. The Indians losing 3 of 4 to the lowly Mariners was worse.

But by the same token, if the Tigers stumble and the Indians go on a winning streak, they could close in. Cleveland play the Royals 6 times and the A's 6 times before taking on Detroit again. They can pile up some wins.

Who knows? This season has been unexpected thus far. So let's get in this entry before they slip away!

1. A World Series title is the final piece in Jim Thome's career

Jim Thome returned to Cleveland yesterday. All I thought was "Why couldn't have hit his 600th homer as an INDIAN?"

He's back where his wonderful career began. And this might very well be his last hurrah. He has smacked 600 homers scandal free and been as likable a player in baseball. Plus he was a veteran of the 1995 and 1997 World Series heartbreak.

What better way to put a bow on his potential Hall of Fame career than being the most recognizable name on the World Champion Cleveland Indians. 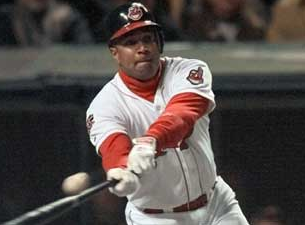 Decades of futility started to turn in 1990 when Sandy Alomar Jr won the AL Rookie of the Year. He came over from San Diego with Carlos Baerga and the foundation of the Indians first pennant since 1954 was being put into place.

In many ways Alomar symbolized the changing times in Cleveland. And if the Tribe got those last outs in the 9th inning of Game 7 of the 1997 World Series, Alomar would have been the Series MVP.

He would get that ring if the Indians win it this year as Alomar is currently Cleveland's first base coach. Better late than never! 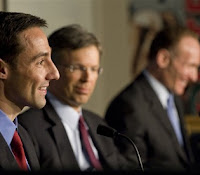 3. A championship would bring some credit to an underrated front office

The Indians fell apart after the 2001 season but by 2005 they were contenders again and Division Champs in 2007. They fell apart again but by 2011 they have contended.

4. Baseball fans claim they want a low revenue, star free World Series winner NOT from the Northeast. Here you go!

Well imagine the 5th lowest paid team, playing in the midwest with a payroll less than what Carl Crawford and Adrian Gonzalez will make and whose biggest star is Asdrubal Cabrera winning it all.

What would people say? Well they probably would say "The Yankees win it every year."

Both Grady Sizemore and Travis Hafner are on the Disabled List now and their seasons are probably over. But for the past 8 seasons they have been teammates on some terrific Indians teams and some lousy ones.

Both came up big in the 2007 Division Series victory over the Yankees. Hafner got the walk off hit in Game 2 (the Midges game) and Sizemore batted .375 with a 1.211 OPS for the series.

Both were stolen from other minor league systems and are "Real Indians" by any definition. Enough real Indians have ended their career ringless. Let's not have Sizemore and Hafner on that list too.

Seriously, when has a sequel decades after the original worked? ONCE! The Color of Money... and that had Paul Newman, Tom Cruise and Martin Scorsese directing it.

They couldn't even make The Godfather, Star Wars or Indiana Jones work! Now Major League is funny... but it is also available on BlueRay and Netflix. And the charm of the original was that it played off of Cleveland's futility. If a REAL Cleveland team patched together from other teams beats the odds and wins it all, why make a fake movie about it?

Besides, we have been enabling Charlie Sheen WAY too much. 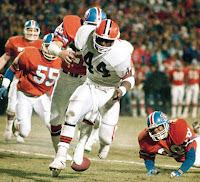 7. Think of all the people a Cleveland championship would let off the hook!

And that's not even counting Craig Ehlo, Red Right 88, The Drive, The Fumble... They would all be relieved of their goat horns.

I've seen it happen. The goats of Red Sox past are absolved. Bill Buckner (who should NEVER have been a goat) received a standing ovation. Johnny Pesky (also an unjustified goat) got his number retired.

It will happen in Cleveland. YES, even for Jose Lima. 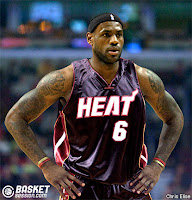 8. It could be the beginning of forgiveness and acceptance of LeBron James in Cleveland


I know a lot of Cleveland people will think I am crazy for even suggesting this, but hear me out.

If LeBron had won a title in Cleveland, the whole "Decision" would have been less of a fiasco. It was based upon the idea that LeBron was supposed to deliver that elusive title. The anger came in a not exactly subtle way from that hole in your collective lives. That "We have never seen a title of any kind" agony.

I know I sound crazy now. Call me 10 years after a Cleveland championship.

9. An Indians championship would mean the Cubs would stand alone

The Cubs used to have lots of company in the whole "Waiting forever for a championship" misery. Forever it was the Cubs, Red Sox and White Sox fans sharing misery.

But when both Sox won, it meant that the Indians and Giants were the only original franchises to NOT win a World Series title since the expansion era. Take the Giants off the board and only the Cubs and Indians remain. The Cubs since 1908. The Indians since 1948.

Remove the Indians and the Cubs' closest partners in misery would be the Rangers and Astros (since 1961 and 1962.)

For fans of Schadenfreude, leaving the Cubs alone in misery would be enough to root for the Indians. 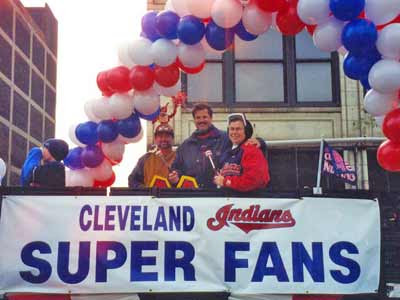 10. It would be the single greatest sports championship parade in American history.

Cubs fans have waited for more than a century, but they have had the Bears, Bulls and Blackhawks win.

Giants fans agonized about their team but could be consoled by the 49ers.

Imagine the frustration compounded over the decades without ANY kind of release. Especially in a cold weather city where industry has dwindled away and sports means so much. San Diego has waited longer for a title, but when they lose they can go to the beach.

There are people in their 50s with no clear memories of a Cleveland title and anyone born after 1964 can honestly say "It hasn't happened in MY lifetime."

We may never see an outpouring of pure joy quite like a Cleveland title. And I am rooting for it to happen just so I can see it.

And just think of the incredible HBO Sports special they can make!


I really hope it happens for the Indians but it looks remote at best. I've enjoyed writing about Cleveland and making a video about their fans, but eventually the story must end. Maybe it won't be this year, but they are putting together a nice core. Maybe it will be soon. (Where have I heard THAT before?)