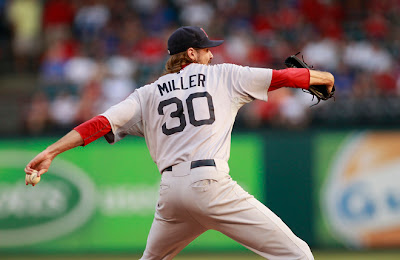 When the Red Sox lost 4-0 in the first of 4 game against the Rangers, I thought they were toast in this series.

I thought they looked lifeless and the Rangers were going run them right over.

After that?
The Red Sox outscored the Rangers 30-7 in the final 3 games.
That's pretty decisive.

And 6 1/3 shutout innings from Andrew Miller hit the spot.

You know there is a lot of talk about how the Red Sox #3 starter role is in flux. And indeed it is.
But just in terms of wins and losses?

I know there are a lot of lucky wins... but I could live with 2 or 3 extra lucky wins in October.

OK, 3 games in 2 days against the A's. Let's avoid the hurricane and win another series!