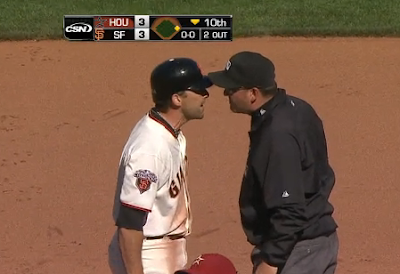 Seriously Giants. You can't win a 4 game series AT HOME against the Worst Team In Baseball?

This was the time the Giants should have been piling up wins and getting ready for next weekend's showdown against the Diamondbacks.

The Giants had 7 games against the team that will end up being the worst in Astros history, and lost 4 of them!

Yeah I know they were down by 6 games to the Padres last year at this time.
Yeah I know THAT team had more experience than this current Arizona team.
Yeah I know the Giants are the defending World Champs.

Does that mean they have to do it the hard way?
Are we REALLY going to watch the Giants play golf in October while the Diamondbacks get thumped by the Phillies?