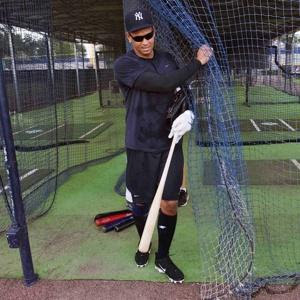 Look, I love it when A-Rod does stupid things. It's good for business. A-Rod gets Yankee fans angry (because after delivering Yankee fans 2 MVPs and a World Series title, enough is enough!)

And other fans hate him because he has the audacity of being handsome, talented and wealthy. And it is good to see people like that fall on their face.

But this latest controversy just seems kind of desperate.
It feels like writers are stretching out their "A-Rod controversy muscles" to make sure they don't rot via atrophy.

Let me get this straight. A-Rod played poker for a lot of money.
Well, A-Rod has a lot of money. If anyone can go play high stakes poker, it is someone who has made a quarter of a billion dollars.

Is the poker ring illegal? Um... fine. So is jaywalking. I don't really care if a grown man with a lot of money plays poker.

Lots of drug users were there? Wow. A guys with a lot of money and a lot of testosterone were doing drugs? Next thing you will tell me that people smoked pot before a Phish concert.

So now they are investigating it. OK, fine.

If they find out that A-Rod was diving face first into piles of cocaine Tony Montana style, then call the editor.

Until then, this story is more dull than The English Patient... and that's saying something.

You want to start busting players on something, then how about taking your nose out of them playing cards. How about handing out suspensions for DUIs?

How much scrutiny did Tony LaRussa get driving drunk?
Derek Lowe? Miguel Cabrera?

Or do we need another Jim Leyritz story? Or Josh Hancock?

I've never heard of a kid being killed by someone playing cards.

Meanwhile, they have still never designed a microscope powerful enough to detect how little a crap I give about A-Rod's gambling.