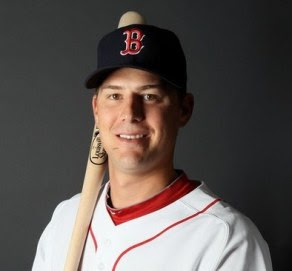 Here's what I know about Ryan Lavarnway:

He is a catcher who has been destroying pitching in the Eastern League and the International League.

He plays a lot of DH which makes me wonder if his future is NOT behind the plate.

He's a right handed home grown slugger who is coming into a Red Sox line up in desperate need for a jolt, especially with the injuries to Youk and Papi.

He joins the Sox today.
Mark today down.

We will be living in the Ryan Lavarnway era!

The next great Hall of Fame hitter for the Red Sox?
Make room on the wall and mark my words!

IT WILL BE LAVARNWAY!