Who is Robbie Ross and how does he have 4 wins already? 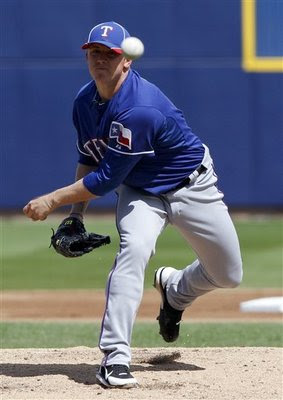 Rangers left handed reliever Robbie Ross has appeared in 6 big league games in his career that began on April 8.

That's 4 decisions, all wins, in 6 middle relief appearances.
Would someone smarter in math than me figure out the odds for that?

He has a win in 2/3 of his first 6 times on the mound, but not having the benefit of a start or vulturing off of a walk off win!

At that pace, if he made 45 appearances out of the pen, he'd have 30 wins for the year.

If I were Ron Washington, I'd use him as my "the game is tied and we're about the rally" good luck charm.

If the game is tied or Texas is behind by one or two in the late innings, bring on Robbie Ross!
It's a sign to the team that the manager is expecting a big rally.

He leads ALL OF BASEBALL in wins.
If that isn't an indictment of the win statistic, I don't know what is!