Who will hit a homer first? Pujols? Harper? Or a Pitcher? 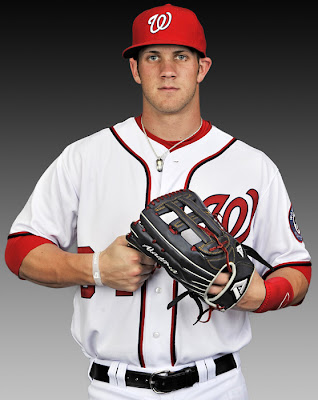 I honestly didn't think that Bryce Harper was going to be brought up this soon.
I mean the Nationals are, as of this writing, the best team in the National League and keeping Harper in AAA might start his arbitration clock later.

But here we are.
That cocky S.O.B. is playing in the bigs as of tomorrow in L.A.
Should I go?

Yesterday I asked if a pitcher would homer before Albert Pujols.
Now I want to throw Harper in the equation.

Here's the supposedly next great slugger. Will the face of the 2010s homer this year before the best slugger of the 2000s?

I think the smart money is on Harper.