So he didn't throw a no hitter 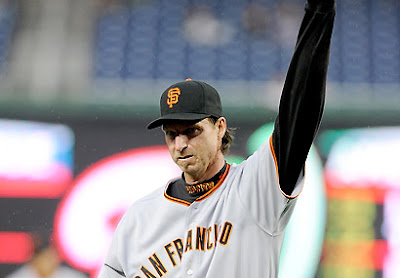 Nothing left to do on Randy Johnson's baseball career bucket list other than figure out which cap he is going to wear on his Hall of Fame plaque.

According to Tim Brown's column there is no love lost between The Big Unit and the Diamondbacks.

Yeah he might be a surly bird exploding S.O.B.... but he also came out of the bullpen on no days rest to shut down the Yankees in the last few innings of Game 7 of the 2001 World Series... a series that Randy Johnson had a 3-0 record in.

That makes any grumpiness forgivable.

Now to finish out the season with the Giants (a season no doubt my dad thinks the Giants can win!!!)