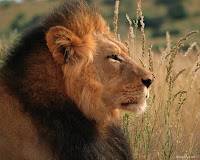 Right now there are several teams that need a hitter for the lineup with July approaching...
One of those teams is the New York Mets, whose GM has a less than stellar reputation when it comes to making deals.
And a team with a hitter to deal is the Oakland A's with Matt Holliday. And their GM, while still without a pennant, is a shrewd enough dealer that Steven Soderbergh and Brad Pitt want to make a movie about him.
Now the A's are... um... not quite as good as I predicted. And Holliday isn't tearing up the AL, but he IS just a few years from an MVP type season.
And the Mets need a bat... and so do the Cubs... and so do the Giants... and even the Yankees could use a corner outfielder.
I have a feeling Beane will be reminding Minaya that on an hourly basis.
And a division that is quite winnable is just sitting there (especially with Santana throwing another good game today.)
But the Marlins are right behind them... the Giants are looking stronger... and the Mets could miss the playoffs for the fourth year out of five under his leadership.
Can he afford that? Can he afford ANOTHER near miss? Can he NOT pull the trigger?
Oooo those Ghosts of 2006 are still there.
Beane has nothing to worry about.
He could deal with the Cubs or Giants if things don't work out with the Mets.
The Tigers could use another stick. So could the Angels.
And if there is no deal to work out, Beane will sit back, let Holliday walk and collect the two draft picks.
But he knows there is a wounded animal out there... and he's waiting for the right moment to pounce.
It will probably happen after a bad loss where they needed a big hit but Fernando Tatis couldn't deliver.
BEANE: Hey Omar... tough loss. Looks like you could use another bat.
MINAYA: I know what you are doing Beane. I'm not going to make a big deal just to appease the fans now.
BEANE: Yeah I know... I was just calling you to tell you I think the Giants are probably interested in Holliday.
MINAYA: The Giants?
BEANE: Yeah. They want to pad their Wild Card lead. And who knows... the Cubs seemed eager.
MINAYA: The Cubs?
BEANE: Yeah. Their management needs to show their fans they mean business. And in Wrigley he'll find his stroke again.
MINAYA: I've got a plan.
BEANE: Oh yeah I saw it. Inexperienced kids or imports whose average age is older than the Supreme Court. Hey! It almost worked in 2007 and 2008. Maybe 3rd time is the charm! Hold on, I have a call coming in. I think it is Cashman.
MINAYA: What do you want?
BEANE: Let's start with Fernando Martinez.
MINAYA: No way! He's the future.
BEANE: The future! That reminds me. When the season ends, do you want to join me and the missus the first week of October? We "Non playoff teams" need to stick together.
MINAYA: OK... fine. Martinez. But no other big prospects. I have a long term plan for a home grown Mets team.
BEANE: Hold on. The Phillies are calling.
MINAYA: I'll give you Fernando Martinez, Wilmer Flores, Bobby Parnell and a player to be named later!
BEANE: I'll name the player NOW? Mike Pelfrey.
MINAYA: NO WAY!
BEANE: Wait hold on... Ruben Amaro just stopped by my office.
MINAYA: Take Pelfrey.
BEANE: It was a pleasure doing business with you.
And that my friends will be a full lion.
Posted by Sully at 1:27 PM